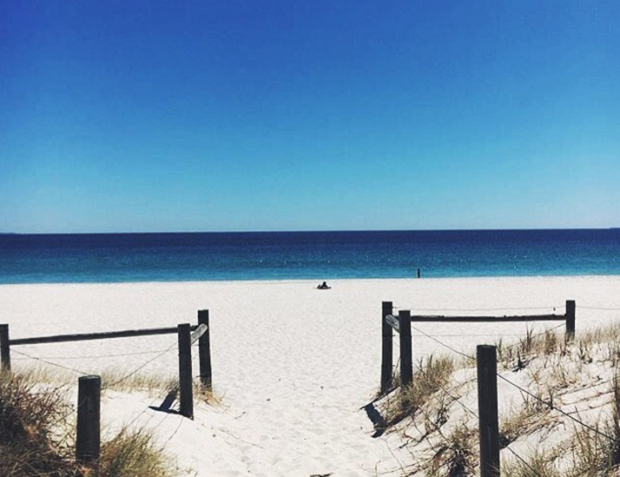 6 Fun Things To Do In Fremantle

Twenty-five minutes from Perth by train, the Western Australian town of Fremantle – known as Walyallup to the local Noongar people – is small enough to bike around but has enough bars, restaurants, art, markets and beaches to entertain you for days.

“Freo”, as it’s ubiquitously called, is also the gateway to Rottnest Island (where you can get a quokka selfie) or a base for WA’s famed wildflower tours (where 60 percent of the flowers are found nowhere else on earth). But it’s a destination in its own right too – with a richer history and far more eclectic culture than Perth. Here are six fun things to try the next time you’re in Freo. Head to the main street of North Fremantle to find the legendary Mojos. It’s less touristy there and Mojos has original music every night. Depending on what’s showing, it pulls a wildly different crowd, though these Western Australian music-lovers do share one thing – they’re an uninhibited bunch. And Mojos is the best place in Freo to see them cut loose.

Currently, musicians from bands including Methyl Ethel, Abbe May and Kill Devil Hills live in Freo – so head to Mojos on a Monday open mic night and you might discover something amazing. While you’re in the neighbourhood, settle in with a Margaret River cab sav at Mrs Brown’s Bar, housed in cosy Victorian terrace a few doors down.

Grab a free bike from Free Wheeling Fremantle and cycle along the white-sand beaches close to town until one takes your fancy. If barbecues, tables and a kiosk appeal – head north to Leighton Beach. Even better, peddle south to what locals call “dog beach” – also known as South Beach.

After a dip there, keep cycling south to C.Y O’Connor Reserve in North Coogee. Set back from the beach dunes you’ll find the South Fremantle Power Station, which was closed in 1985. If curiosity overcomes you, there are gaps in the mesh fence to wander in. The graffiti, rust and grandiose dilapidation is an incredible sight.

Dine in a refurbished warehouse

Freo’s history is still stamped on its streets – a colonial settlement, a gold rush town, a thrumming port city. There are more than 3000 heritage-listed properties in the area.

Rising property prices are changing the city’s flavour again and many of the commanding sandstone buildings and stately warehouses, once used by merchants to store goods, are now occupied by chefs, baristas, bartenders and art curators. But for east-coasters accustomed to dinner and drinks at holes-in-walls, Freo’s warehouse cafes, bars and restaurants will seem palatial.

Lunch: With posies of wildflowers on the tables, raw cooking workshops, yoga classes and lectures on topics like gut health – the bright and breezy Raw Kitchen is a Freo institution.

Dinner: Once a warehouse for ship parts, Bread in Common on Pakenham Street has the open kitchen typical of Freo’s converted warehouses and is a true gastronomical delight.

Drinks: In Freo’s “east end” is yet another tastefully reno-ed warehouse. Known asThe Mantle, the collective business hosts a cocktail bar, a pizza joint, an urban farm, ping pong and a kitchen hired out to pop-up food makers.

AC/DC singer and Freo local Bon Scott died tragically in 1980 but in 2008 his spirit was resurrected on the waterfront where his bronze statue stands atop a Marshall amp. Though he is curiously hobbit-sized, Scott’s shirt is off, his microphone is in hand and his jeans have an alluring cling. Sculpted by local Freo artist Greg James, and funded by AC/DC fans, the funnest thing about visiting the statue is the fans you meet taking selfies there. Scott’s fans are notoriously dedicated and many also pilgrimage to his grave in nearby Fremantle Cemetery.

Soak up the sun on Little Creatures’ deck

Crowded on the weekend but perfect on a weekday arvo, the Little Creatures Brewery on the waterfront is where the famous beer originated. In typical Freo fashion, the brewery is housed in a cool-looking warehouse – originally built for 1987 Americas Cup yachts before becoming a crocodile farm.

There are four guided tours each day, or the less proactive can slouch on a vintage couch amongst vats of beer, or on the back deck to enjoy the “Freo doctor” – slang for the cool sea breeze that is reportedly strongest during December and January when it’s most needed. The beer is pumped from the tanks to your glass, so it’s fresh and cool. The food menu is a treat too.

Freo Arts Centre looms on a hill just north of town. Not just any old arts centre, locals talk fondly about great gigs they’ve seen during the warmer months (October to March) with up to 3000 people on the front lawn.

Convicts erected the sprawling sandstone building as the first purpose-built lunatic asylum in Western Australia. Later it housed alcoholics and prostitutes and, during the 1890s gold rush, labourers suffering sunstroke and Opium addiction were added to the mix. It was converted into an arts centre in 1973 – exhibitions are scattered through its many rooms but it’s equally enjoyable to lie on the lawn or coffee in the courtyard café.