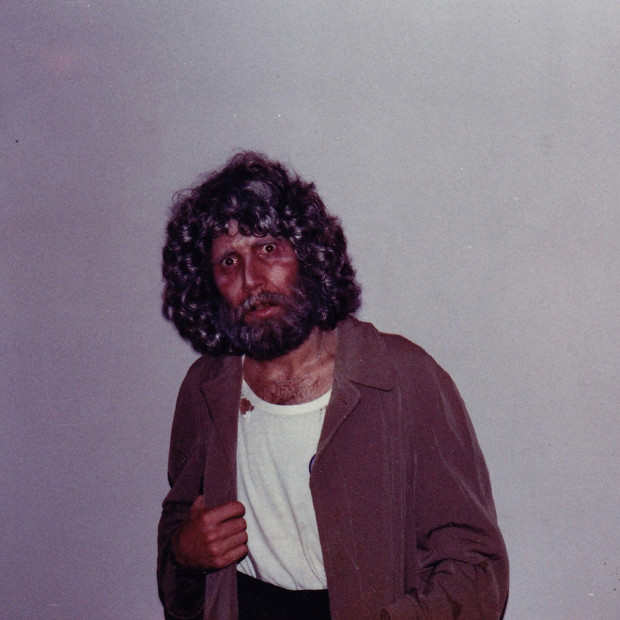 Last week I woke to Sydney blanketed in fog and knew it was a good time to listen to Alyx Dennison. The city was made intimate with only the closest things visible. Cocooned by swirling white, the familiar was transformed and newly, briefly beautiful. Pinpoint the perfect time, place or state of mind to play an album and you glean its essence.

With Freya Berkhout, Dennison was half of Sydney duo kyü, part of a burst of experimental bedroom pop that eschewed guitar and synthesiser for percussion, voice, naïve electronics and intuition, also yielding acts such as Hobart’s wonderful Paint Your Golden Face.
Live, kyü tiptoed audiences into a dazzled state. The women’s harmonies were a force but, more than that, you felt gripped by their force of will. In one song they would slap their chests percussively until their skin turned tender red. But by the time kyü 2 came out in 2012, Berkhout and Dennison had begun “pursuing other projects”. It was a shame but not a surprise. kyü had burned brightly, not steadily, and the ephemeral flicker had been part of the charm.

Berkhout formed a duo called Gnome with her brother Elias and, later, a London-based trio called Netsuke. Disillusioned with music, Dennison travelled. “I thought I had quit music for good but that didn’t last long.” She played in Richard In Your Mind, studied Dhrupad classical singing in India and, on return, moved to Melbourne. Last year she joined Nick Wales’ musical ensemble for the dance piece ‘Am I’ by Shaun Parker & Co., which showed at Sydney, Adelaide and Melbourne festivals.

Meanwhile, songs brewed. This self-titled record chronicles years of Dennison’s life but does not play like a scooping-up of unrelated epochs. As with kyü, the songs are united by an eldritch glow and emotive, tribal percussion. She sings of lost love, death, friends, family and childhood – themes with high potential, in other hands, to yawn into self-indulgence. Dennison says with kyü she was cryptic and now, solo, she is “heart-on-sleeve” but this album’s best lyrics are not when she is direct but when she finds metaphors for very particular emotions in nature. “Like grass you left lines on my palm like a scar / But it faded with time  ‘cause I forgot to trace over the lines”.

Fans of kyü will miss how the duo’s voices entwined, but alone, Dennison’s voice can still bring us to brace position, as it does on ‘Boat’. Better yet is hearing her voice in every nook and cranny; a shape-shifting weave of harmonies, whispers, single notes and breath; versatility that may evade a male singer.

The single ‘I Don’t Love You Anymore’ I first heard via its video – now there’s no separating the two. “You were the very best friend that I ever had / But I don’t love you anymore, that makes me sad,” sings Dennison, her words outrageously incongruent with her actions as she goofs around, giggles, pulls “funny faces”, sneezes and hams it up for the camera. Meanwhile a hand-drum intensifies, like a sacrifice is due to meet its sun god. If you want to wallow in post-break-up bereavement, look elsewhere, because here I think of Gillian Welch’s ‘My First Lover’ and the “quicksilver girl” who escapes some rough county boozer she was only with for the sex. The plot may be different but both songs express the wild relief that accompanies freedom from a love that was never quite right.

The album is bookended by its longest, and best, tracks. The first, ‘Triptych’, opens with a passage about a friend who died: “He said the art of living was to die well / You should have seen it when he died well.” Dennison’s voice is quiet as though holding an immensity of emotion at bay. You feel her will steeled to sing this passage perfectly to honour her friend – and she does. It’s a moment when I envy artists’ ability to take pain to the loom and spin it into pure light. Triptych’s second phase rises from humility with a building chorus of “la la las” and chattering samples; gaining steam until erupting in a show-stopping shower of celestial voice, harp and clap-stick drums. There is a touch of Pikelet’s Evelyn Morris in the guileless yet emotive organ melodies and an echo of Beth Gibbons’ theremin warble.

At nearly nine minutes, ‘Triptych’ is too long to be a single, but it is this record’s un-missable track, showcasing Dennison’s compositional skills (she is studying it at VCA), which kyü teased at but never consummated. It is episodic but, unlike other tracks that seem distracted by their own inventiveness, it owns the journey completely. The ambient glide of 10-minute closing track, ‘Desiring Machine’, meanwhile, induces the sensual reveries of Bowery Electric’s blissed-out loops.

Dennison says she never thought these songs would be heard. I’m glad she was wrong.