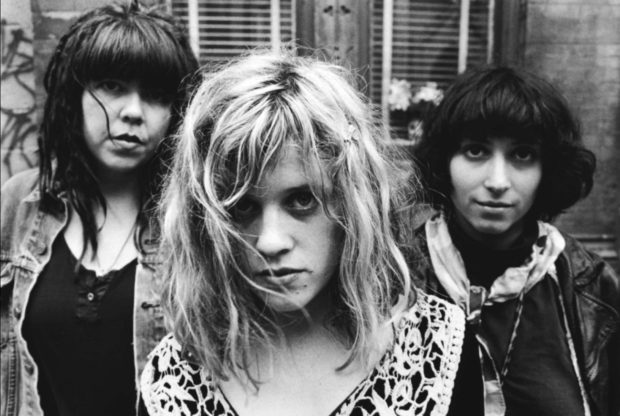 Babes in Toyland – Pain In My Heart

It’s odd that journalists ever thought Babes In Toyland were a Riot Grrl band.

They’re not, which is why I fell so hard for 1989 album Spanking Machine. Riot Grrl’s empowerment turned me off – I needed to get lost in music, not be found. The Minneapolis three-piece seemed surrounded by bad shit. Pictured on the cover of ‘Handsome And Gretel’ was singer and guitarist Kat Bjelland as a car crash victim; on the back was drummer Lori Barbero’s mangled nose. Bjelland sang from deep in the tangle. She was debased, hate-filled and un-self aware. A product of the patriarchy in that her vitriol was often spat at other women. But she was pretty one moment, grit and grot the next – and I learnt girls could be both. She sang of things only women could understand. “Vomit my heart/ Pull my legs apart” (‘Vomit Heart’).

‘Pain In My Heart’ is slow and gruelling. The rhythm section gives damaged, dogged support to Bjelland’s howls, hog-tied to her pain. Several songs on Spanking Machine ask questions – “Why do you make me feel so bad?” (‘Swamp Pussy’) – but Bjelland’s bellowed question here is rawest of all: “Why did you leave me?” Her later “ugh” is rock & roll’s most disgusted guttural utterance and her string of swearing is epic.

Listening to Spanking Machine 27 years on, her questions hang, frozen in unanswered anguish.