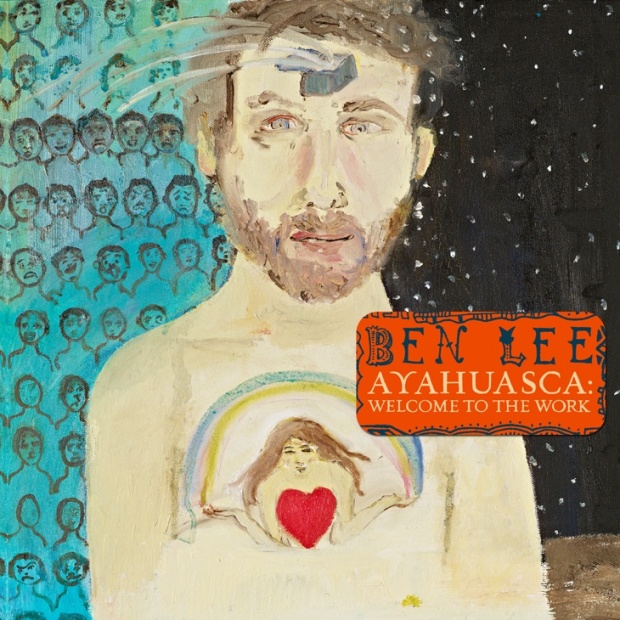 Ben Lee’s morph from pop star to spiritual songwriter just got freakier. Here, his inward-facing eye swivels to ayahuasca: a hallucinogenic tea brewed by Peruvian shamans to connect drinkers to the spirit world. This record is a document of Lee’s ayahuasca experiences – an ambitious, if not unachievable, goal. But who better to boot it clear of the posts than the guy who once said he was Australian music’s saviour?

A shameless approach to spiritual music is better than a squeamish one.

On a first listen it’s tempting to mock Lee’s explicitly devotional music. Two listens in, that mockery melts away. “Let my words be true / Let my prayers be pleasing to you” Lee sings on Invocation and, mostly, they are. Panting and chanting arrest our attention on ‘Welcome to the House of Mystical Deat’h, then reward it with a crescendo as joyously noisy as The Polyphonic Spree.

From that (presumably literal) high, the record slips into ruminating piano passages and experimental sounds and samples. Lee’s painstaking delivery on ‘The Will To Grow’ evokes Sparklehorse’s Mark Linkous while ‘I Am That I Am’ blends gospel, West African-style basslines and rumbling, tumbling piano. The world music vibe continues on ‘Song for Samuel’ with its Klezmer-style strings, tabla jams and shoulder-swaying harmonies.

There are clichés here, and flinches too, on a record obviously birthed from the belly of the narcissistic Los Angeles beast. But though Lee says it’s “probably my least commercial record”, he’s underselling a sizeable market of fellow seekers on the path. Just look to the ever-growing washout from Yoga and meditation classes all over the western world for proof.