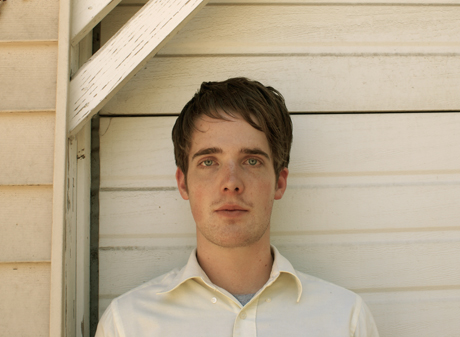 It’s obvious from Hymnal’s first note – a spear of vibration that extends into a quivering drone – that American musician Thomas Meluch (Benoit Pioulard is an alias) is interested in song but fascinated by sound. Such is the blur between song writing and soundscaping his songs seem at constant, glorious risk of collapsing into the embrace of the found sounds beneath their surface.

Roughly speaking, the tracks steered by Meluch’s mellifluous voice – as gentle as Elliot Smith and as dreamily detached as early Roger Waters – are brooding, bone-weary folk songs that bleed into each other via atmospheric transitions (Church bells? Rainfall? Birdsong?). The remainder are passages of luxuriant white noise that work their magic osmotically, similar to esteemed Kranky labelmate Tim Hecker. Other tracks wander freely between genres, such as ‘Florid’, which descends from whispery folk into a blissfully disorienting netherworld of bleeps and swirls of organ, reminiscent of Pink Floyd’s Syd Barrett-era psychedelia. ‘Censer’’s calm waters succumb to an undercurrent of gently throbbing ambient techno while ‘Homily’ places a mournful piano loop amid a downpour of static.

Hymnal’s best quality, however, is its least tangible: mood. Although each song ushers us to a different space or place, and none last longer than six minutes, each track also manages to build on, rather than break, the contemplative reverie this record induces.

Like this? Try these: Tim Hecker, An Imaginary Country; Labradford, A Stable Reference