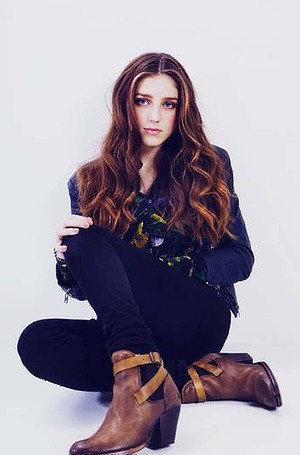 Birdy’s support act has just finished and teenage girls are swarming the foyer.

”We’re getting Maltesers,” chirps one, taking her girlfriends by the wrist. Her mother is waiting to drive her home. ”Do you like Birdy, too?” I ask her. ”Oh yes,” she says. ”She seems very innocent. My daughter’s only 14. Santa bought the tickets.”

Girlish shrieks greet the 16-year-old English singer as she settles at her piano to play the xx’s ‘Shelter’ and ‘I’ll Never Forget You’. Starkly lit by a single light, she sings accompanied only by piano. She looks tiny on the vast stage but belts her voice to the bleachers: the Birdy effect is established.

”I’m so excited to be here at the Sydney Opera House,” she says in a tone that suggests anything but.

The lights broaden as her band traipses on – drums, bass, viola and acoustic guitar – to flesh out the songs from her 2011 covers album (a huge seller in Australia).

To balance out Birdy’s reserved style, they play with vigour. The audience whistles and claps – barring a cool response to a John Butler Trio cover, devised for her Australian tour – but, largely, the concert hall is statue-still and pin-drop silent, the hush broken only by a single pocket of boisterous teenagers who scream ”we love you, Birdy” in unison.

”I love you, too,” she replies dutifully, with the accent of royalty.

It is difficult to judge a 16-year-old girl for her flaws. It feels cruel and counter-intuitive but, even worse, for a critic, is that those criticisms seem obvious. Because the biggest flaw in Birdy’s show – her diminutive charisma – is surely bound to her tender age.

Then again, teenagers may lack charisma but they do display humour, spontaneity and honesty in spades, qualities Birdy must have but chooses to mask. With little else to clutch at – even the light show is minimal – Birdy’s show is, however, genuinely brave in that it hangs entirely on her voice, which – fortunately, forcefully – carries it.

Expectations her incredible voice could meet its match in her stage persona were unrealistic anyway, right? It’s me, Birdy, not you.

SMH version here. how to give a full body massage