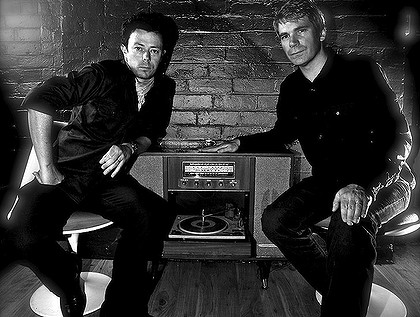 The pub with no (tap) beer. Was Slim Dusty’s classic slice of Australiana inspired by The Bridge Hotel in Rozelle?

When Melbourne band Black Cab – already unenthused about our sunny Harbour City – arrive at The Bridge to play Friday and Saturday nights supporting Tim Rogers’ Rolling Stones cover show, it seems cruel (and unusual) that they can’t even throw back a tap beer to loosen up. The Bridge is offering overpriced stubbies instead, plucked from eskies of ice lined up behind the bar. The pub’s ornamental beer taps are accompanied, as Black Cab singer Andrew Coates points out, by a pokies room crammed with “blue screens of death”.

The Bridge has a loudly-proclaimed history as the stage for acts like Midnight Oil, Boom Crash Opera, Rose Tattoo and Dragon. Impressive to some, not so to others wary of that epoch of boisterous Oz rock and its attendant fanbase. The Bridge proudly spruiks: “Bringing you the best in a big mix of rhythm & blues, rockin swamp, country, zydeco, jazz & pop from Australia and the world.”

Tim Rogers’ energetic cover show of The Rolling Stones 1970 live album Get Yer Ya-Yas Out does belong at The Bridge, however, and perfectly. Apparently, one-time Rolling Stones guitarist Mick Taylor played here once too. Black Cab are on the bill to play Altamont Diary, their 2006 concept album based on that infamous Stones gig in California in ’69. It’s all connected, man – except they don’t play it. Dubious about the PA’s ability to convey the intricacies required to replicate the record in a live setting, Black Cab play a set taken from all three of their records instead.

The band room at the pub with no beer is, in fact, OK. It’s a big, dark, rectangular box with black walls and a stage that places the band halfway to the ceiling. Black Cab open with a slowed down and smacked out cover of Velvet Underground track, ‘Sister Ray’. While it doesn’t jam for the entire 17 minutes of the original, it gets close. The perfect opener to flush out the usual strays who’ve wandered in from the bar. The rest of the set sticks to the inward-looking vibe of ‘Sister Ray’, if not in sound, in attitude. Guitarist James Lee, faces his amp for most of the set, and Coates hugs the mic – eyes closed, focusing.

“Ron, you there?” he says squinting out into the cavernous room. Up jumps Ron Peno – ex-frontman of Died Pretty – to do vocals on ‘Ghost Anthems’, and it’s almost electrifying. His jerky writhing dance is both peculiar and mesmerising and, while I have no Died Pretty records in my collection, his voice is immediately familiar. It’s lucky for Coates his shtick is so shoegaze otherwise he’d be instantly outshined by his guest.

As Black Cab finish to a room of newly won-overs staring adoringly up their nostrils, someone in the crowd reminds them about tomorrow. “Yeah, a twilight show, come along,” says Coates.

We arrive at the warehouse with no beer, CAD Factory in Marrickville, at about 5pm the next day, decidedly worse for wear from the night before.

Dried out piles of filth coagulating in the gutters do nothing to calm my stomach but, thankfully, a ginger beer does.

As planes streak loud and low overheard, I chat with Black Cab guitarist Alex Jarvis who quietly bamboozles me with his side projects which somehow involve Qua, Miniature Submarines and Mountains in the Sky. Mumps are playing in the warehouse and it sounds wonderfully Cab-esque but I plan a surgical strike on the unventilated room for Black Cab only.

Band members drift into the CAD alleyway and seem duly appreciative of the industrial environment. I offer Peno a seat in the gutter but he declines with an unarguable: “Been there, done that.” Filth and gutters aside, CAD is the cutest of the M.ville warehouses, complete with a piano, lamps and kitchen table you could roll a pie crust on. Three or so similar-looking portly chaps waft around wearing Altamont Diary T-shirts, the proximity of the planes continue to astound the Melbournites in the alley and the vibe is Sunday at its chilled out, no-dickhead best.

Black Cab start, again, with ‘Sister Ray’. The lack of ventilation only adds to the swoony head spin the cover provokes. Aside from the addition of ‘It’s OK’ from Altamont Diary, the set is the same as The Bridge the night before but about 10 times more powerful. As thin, silvery light gleams down onto the band from the skylight above, they play ‘Hearts on Fire’. The song is an unstoppable forward-moving force, dense and driving and is about as good as a live moment gets. People sitting down bop as hard as they can bop – others nod their heads ferociously. Coates retires to a nearby piano seat when Peno takes over. A few rows back, Brett Myers, guitarist from Died Pretty, watches, as the band follow ‘Ghost Anthems’ with Died Pretty’s ‘Mirror Blues’ mashed-up with a Suicide track.

“We’ve gotta go,” says Coates apologetically. “We’ve got a plane to catch.” A few people in the crowd mutter their resistance and some small cries of “encore!” ring out. Enfeebled by the swamp-like atmosphere, however, the cries don’t build momentum.

“No, really, we’ve got a plane to catch at nine,” says Coates – glancing around at the band – who are beginning to listlessly pack up, all looking like they want to stay. Observing the wavering, someone in the crowd pounces.

“9.15!” he counters. “Your flight leaves at 9.15!” It’s killer timing. Coates can’t argue – the guy in the crowd has his facts straight. Clearly, there’s 15 minutes spare that we at the CAD Factory believe is rightfully ours.

“OK,” he capitulates. “But we’ve gotta get to the airport after that. Who’s got a car? Can you drive us?” Five or so hands shoot up through the muggy air. That’s enough for the band who’ve all plugged back in. They play ‘1970’, the final track from Altamont Diary. It’s majestic, epic, a journey. End of the ’60s, end of the gig, end of the weekend.

It’s still light outside when the CAD Factory roller doors are raised. A motorcade of motley cars assembles itself in the alleyway and, individually or in duos, Cab members and Peno are spirited away to Sydney airport by personal chauffeurs and fans.