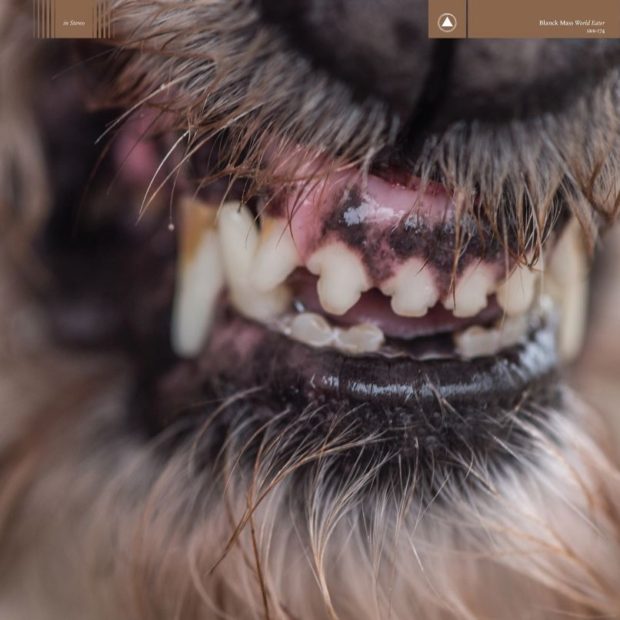 First published in The Wire, March 2017

By the time 2016 ended, every artistic effort was either a statement on the year or perceived as one. And it is still bearing fruit. On his third LP as Blanck Mass, Benjamin John Power says his muse was “a year teeming with anger, violence, confusion and frustration”.

In 2012 it had felt so right when three Fuck Buttons songs were used in the London Olympics’ opening ceremony. The music of the Bristol duo (of which Power was half) was similarly athletic; a fast-paced blur of fully flexed noise.

World Eater, too, seems suited to sports rather than music stadiums. It begins with the music box pirouettes of “John Doe’s Carnival of Error” then tears off the tutu as a thumping bass drum takes over. No breather needed, it hands the baton to “Rhesus Negative”, which starts sprinting for gold. Which the song would no doubt win were the medal awarded for nine radiant and relentless minutes of beats, noise and electronic power chords that manage to sound both vast and crazily compressed with Psalm 69-era Al Jourgensen rasping away on vocals.

Yet often it seems Power doesn’t know quite what to do with the deliciously mangled sounds he dredges from his gear so he just keeps making them until a good song feels overlong. The choral samples that open “Silent Treatment” herald something more celestial than the interesting but rather aimless collage that follows. Thus, appreciating World Eater as a backdrop for feats of superhuman fitness helped me to enjoy what are fairly repetitive songs. The exception, because it is a medley, is “Minnesota/Eas Fors/Naked”, which segues with the seamless ease of Australian jazz trio The Necks from noise to ambience to a New Romantic outro someone should slow dance Molly Ringwald around a room to.

As for Power’s intention to reflect last year’s mess, only time will tell which albums will ring out as genuine artefacts and which will roar full of sound and fury, signifying nothing.