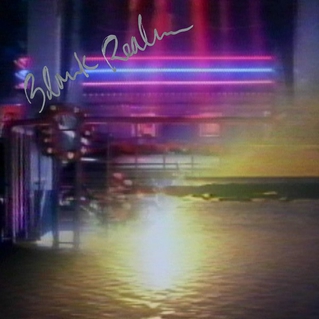 Until now Blank Realm existed in the experimental fringe of Brisbane’s music scene. Spencer siblings (Daniel, Luke and Sarah) and guitarist Luke Walsh started “mucking around at home” in 2005 and playing live in 2007, all the while releasing cassettes and CDRs. Two vinyl releases arrived in 2010: both noisy, psychedelic improvisations.

Go Easy is an unambiguous departure from earlier material. Here, Blank Realm upset the experimental apple cart by writing some ‘real songs’ and doing it brilliantly. While the record sounds like it was recorded loud and loose the band keep an artfully tight grip on how the cacophony comes together – a skill likely nailed from years of improvisation.

The record’s opening thrust, Acting Strange, bristles with so much raw explosive energy that if experimental fans are coaxed from their quarters they may lock horns with grizzled punk rockers on the dance floor. The ferocity of the first track is uncontested by later songs that retreat to a more spacious setting where unsettling harmonies prevail between singer Daniel Spencer and his fractionally off-tune sister, Sarah. Mostly, though, guitar-lovers will revel in gorgeous tones and fuzzed-out riffs that are so well placed as to feel almost medicinal.

Should Blank Realm continue this experiment in accessibility their card-carrying old fans’ only comfort may be rocketing eBay prices for cassettes they picked up for five bucks at a Brisbane gig.