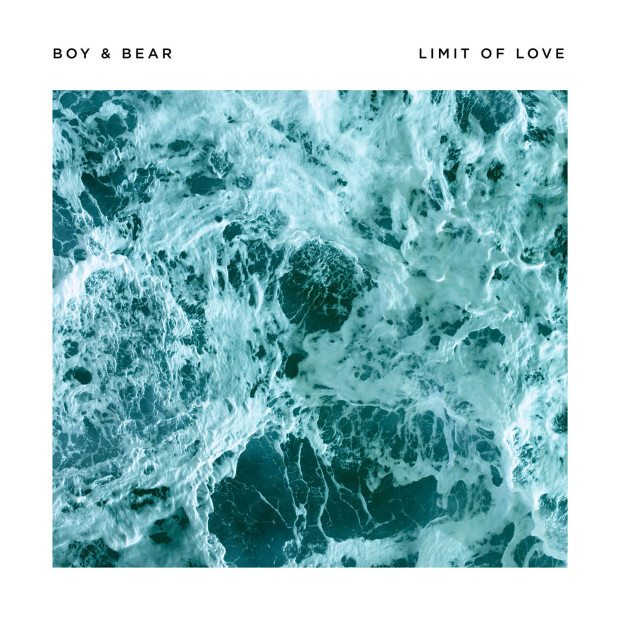 Boy and Bear – Limit of Love

First published in The Guardian, October 2015 When the national radio broadcaster Triple J unearthed Boy & Bear in 2009, the zeitgeist snatched them up, up, up. Not only did their name feature a creature of the American woods at a time when foxes, deer, wolves and bears of both panda and grizzly breeds were racing out the barn door, but their music matched the family-friendly folk-pop thus signified.

Boy & Bear’s 2013 album Harlequin Dream had a bit of Bruce Springsteen’s everyman allure and a bit of Fleetwood Mac’s guilty pleasure party vibe. They shied short of whistling but, still, the five men from Sydney’s northern beaches seemed one Blundstone boot away from writing a world-conquering anthem like Home by Edward Sharpe and the Magnetic Zeros. They didn’t, but Harlequin Dream did debut at No 1 on the Aria charts.

Limit of Love, however, doesn’t test anyone’s limits. To its merit, it is crisper and less rustic than the previous two albums but when Spotify glides into the band’s back catalogue, it’s doubtful you’ll notice. The most interesting thing about this record is something far less pindownable: a kind of gleaming self-awareness of its own imminent success.

The single Walk the Wire encapsulates this sensation best. It leaps from the starting gates as sleek and hungry as a Melbourne Cup favourite no one can wrest their eyes from until it streaks past the finishing line. There are only two synthesiser notes and a handful more on guitar and bass but they’re so effective they seem lab-tested. This song is impossible not to like – Boy & Bear know this, everyone knows this – but that doesn’t change the fact low odds also mean low stakes and it’s never quite as fun when the favourite wins.

Hoskings’ voice is impressive across the album but at its most nuanced in the single’s opening lines, into which he projects genuine unease. “It was the strangest night / The kind of scene I don’t fit into.” He must be working some special voodoo throughout Walk the Wire, in fact, because damned if I don’t feel a stab of sympathy when he sings: “I’m just a man, all right? / And I’m fumbling.”

Fumbling in a romantic sense, only. While no track matches the thoroughbred single, there are no duds either. Songs such as Hollow Ground and Where’d You Go? are pinned to little more than a simple chord or two or a few piano licks; no flab, all feelgood pop songs unsweetened by the affable disillusion in Hoskings’ voice, featuring lyrics so platitudinal that if you only half listen, they’re about you, me and everyone we know.

When the sheen of the single starts to tarnish from repeat listens, the second last track Just Dumb, plays the long game. By now, Hoskings’ permanent state of inexplicable forlorn is starting to come off as one-dimensional so this self-effacing slow jam comes just in time: as tender as Snakadaktal and with sweetly ambivalent guitar picking reminiscent of Yo La Tengo. “Maybe I’m right / Maybe I’m wrong / Maybe I’m just dumb,” Hoskings sings. It’s wistful and inarguably lovely.

Ultimately, we know how this will all pan out. Limit of Love will polarise no one. It will bring daytime-dancing bliss to sunburnt festival crowds and it will be played a lot on the radio. The album has already hit No 1 on the Aria charts. The guys will cram genially into radio studios – pros, by now – and talk about how it was recorded in Peter Gabriel’s Real World studio and, later, in a rental on the New South Wales south coast, an experience Hoskings describes in the press release as: “Just being with the boys, in a space where you have gear set up, you have fridge full of great food and wine, playing music and surfing.”

I don’t begrudge Boy & Bear the comfortable privilege captured so neatly in Hoskings’ words. It just doesn’t foment very interesting music. This is a band whose ongoing popularity in Australia is assured to a large degree because Triple J remains such a powerful tastemaker but seems guided less by attendance to a musical meritocracy and more by a “once playlisted, always playlisted” rulebook. As a result, indie rock fans here develop terminal lockjaw after they bite down on a band.

This loyalty affords bands an enviably long creative leash. So why do so many, like Boy & Bear, stay in perennial mid-flight? Why do so few crash, burn, weird things out or perhaps even soar?