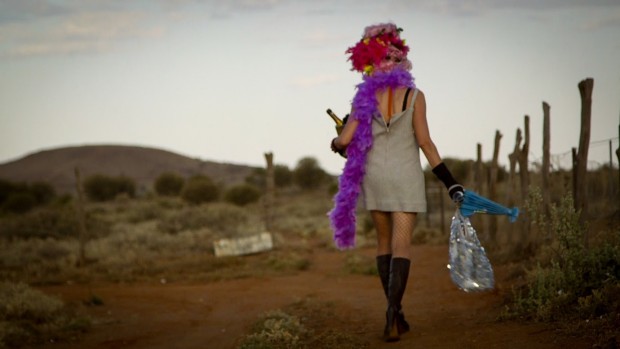 First published in The Guardian, September 2015

As a kid, Anthony Carthew watched Mad Max 2 car chases from his front door. It was 1981 and the crew was staying in the outback town of Broken Hill and filming on Silverton Road where Carthew lived.

“We had a property on the edge of town,” he says. “Out the back door, the red dirt went on forever with the saltbush and sunsets.”

Now, it is another iconic Australian film brings Carthew back to the far westernNew South Wales town – and not as the shy teenager he was when his family moved to Adelaide, but as his flamboyant second self, drag queen Amelia Airhead.

The Adventures of Priscilla, Queen of the Desert turned 21 this year and Broken Hill’s Palace Hotel is throwing it a three-day birthday bash. “I always wanted to come back as Amelia and now at the end of my career, I am,” says Carthew. “It’s such an emotional gig for me.” 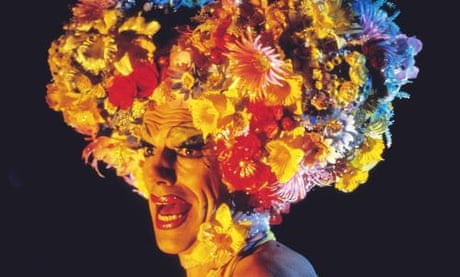 Rolling into town for Broken Heel festival – though not in a silver bus – will be a bevy of drag queens and kings from Melbourne, Sydney and Darwin, many of whom, like Ms Airhead, are entertainers with decades of experience in the art of being fabulous.

For a small-town festival, Broken Heel has a big schedule. There will be Priscilla-themed drag acts, comedy and cabaret, an Abba cover band, a morning spent sipping Bloody Marys while wearing moo-moos, a “drag on main drag” parade and a screening of a documentary called Starlady about a transgender youth worker in an central Australian Indigenous community. On Sunday, the action relocates to the ghost town of Silverton for yet more drag (and the Mad Max museum).

Priscilla writer and director Stephan Elliott is “coming along for the ride”. He is doing a Q&A after Priscilla is screened, accompanied by local June Bennett who played the aggressively homophobic Shirl in the Palace Hotel bar scene, which was based on a real experience of Elliott’s.

Twenty-one years and several stage shows and spin-offs later, Elliott describes Priscilla as “a daughter who just won’t go away”. Though he is “busy as buggery” directing a TV pilot, he has reserved the whole weekend to soak up festivities in a town he calls Priscilla’s spiritual home. About 70% of the film was shot in Broken Hill – it doubled for locations including Coober Pedy and the interiors of Sydney’s Imperial Hotel.

The festival is “going to be hysterical”, says Elliott. “I’m looking forward to as much bad behaviour as possible. More importantly, it’s an excuse for absolutely everyone to dress up. It’s culturally deep within us. If you go back to the plays during the first two years [of Australian settlement], there were no women. Our founding fathers dressed up in drag before the women arrived on the next fleet.”

When Priscilla came out in 1994, drag was still culturally taboo. “I was at one of the first screenings at Double Bay cinema,” says Carthew. “I made a costume from pink plastic thinking I looked like a million bucks. There was an incredible atmosphere and after the applause it was like everyone knew things would change from that moment.”

The film was a realistic snapshot of the 90s drag scene but presented “lovingly”, says Carthew. “It helped the wider community see drag queens as real people. For the scene, internally, it gave us pride about what we did. It made drag a recognised art form that wasn’t just men frocking up in secret pubs and clubs.”

Its legacy can be measured in dollars too, he says. “Still now we get Priscilla-themed corporate jobs, parties, weddings – the world can’t get enough.” 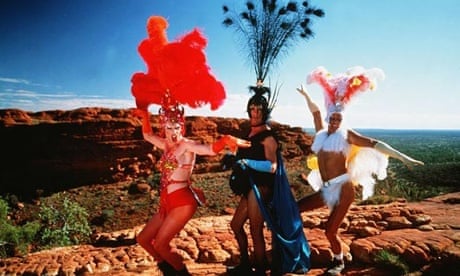 Now it is Broken Hill’s turn to share the legacy. “The town is really ready to celebrate its film history and enjoy some of the associated glory of such an iconic film,” says festival director and Palace Hotel manager Esther Le Rovere. “And if anyone was going to have a rocking 21st birthday, Priscilla should.”

The Broken Hill depicted in the film was home to some distressingly homophobic scenes – the aforementioned bar scene, and when the girls’ bus was graffitied with “AIDS fuckers go home.” The real town’s attitudes are different, says Le Rovere.

“We have a few transgender people who drink at the bar here and there’s a transgender taxi driver in Broken Hill too. Attitudes as a whole in Australia have come a long way since then. This movie took on such cult status that it really spread a message of tolerance and acceptance.”

In conjunction with the festival, an exhibition celebrating 25 years of gay and lesbian liaison officers (GLLO) in the NSW police force is opening at Broken Hill’s Geo Centre. Meanwhile, LGBTI health organisation, Acon, will offer rapid HIV testing for the first time in regional Australia.

With mining in flux, the town understands the economic benefits that cultural events deliver. Recognising this, Le Rovere has included perennial Broken Hill attractions on the program such as a schnitzel crawl, a meat draw, the slip and slide, the community markets and the city’s bounteous garage sale trail. A game of two-up is likely too, in the only NSW town where it can be played legally year-round.