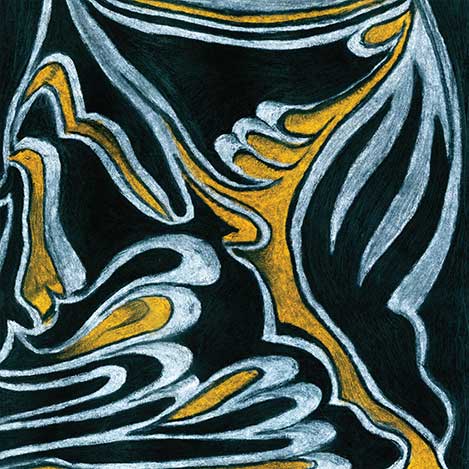 When I arrived at Camp Cope’s pub gig earlier this year everyone asked: “But did you see Cable Ties?” The Melbourne three-piece had clearly done their warm-up set white-hot justice. I mention it because some bands are all like “we’d be doing this anyway” but Cable Ties are not that band. Not only do they come with a feminist message that’s made to be heard, their music only works with the energy of an audience plugged in at its source.

Few can approach the strangled screams of Babes in Toyland’s Kat Bjelland as Cable Ties’ singer and guitarist Jenny McKechnie does. It strikes me, though, that Bjelland’s howls happened decades ago now and when McKechnie bellows “you can’t touch me” there is more power, less pain. Women are singing back in a way they weren’t before. Elsewhere, the influence of Eddy Current Suppression Ring is strong in how the rhythm section holds down a groove for the guitar to break over. Meanwhile, even the cynics will sprout a goosebump or two at McKechnie’s anti-capitalist rant on Say What You Mean because even if they find it gauche, it starts to fill the hole for political rock and roll in Australia.