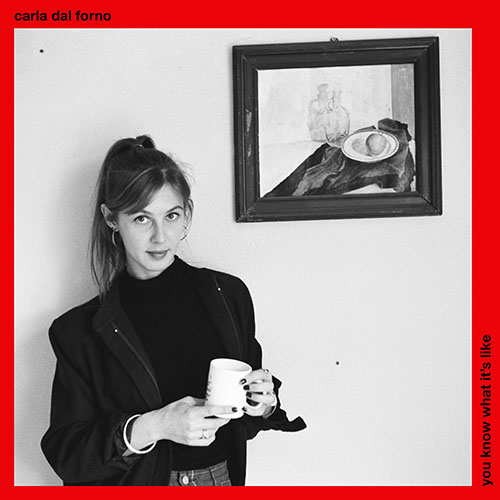 When you listen to the other women Carla dal Forno’s voice is suggestive of – Laeticia Sadier (Stereolab), Zoë Randell (Luluc) or Victoria Legrand (Beach House) – you realise she makes these restrained singers approximate divas. Nico would be a fair call if dal Forno were stern but her voice is serene, inscrutable and more than a little feline. Or, as it was described by Emily Bick in The Wire, “the voice of the eternal observer”.

In an era over-heated by over-sharing and identity politics, dal Forno’s detachedness is an inhalation of cool, fresh air. Trained as a visual artist and living in Berlin, she shares Ela Stiles’ instinct for minimal beats with maximum mood and some of the best songs are instrumental, such as the hypnotic DB Rip, made mainly on a vintage synth.

The record’s best quality is a stillness at its core that can’t quite be fathomed, as if its songs are disturbances rippling silkily outwards while a lake’s centre regathers its calm.