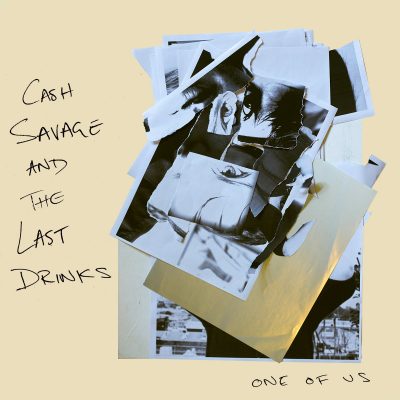 Cash Savage and the Last Drinks – One Of Us

If alt-country with banjo and fiddle has always seemed a bit fruity for your palate, Cash Savage and the Last Drinks may convert you to its nourishment. Savage sings like salvation depends on it – though not hers. “For you, for us, for everyone,” she belts out on Run With The Dogs, lassoing us all in on the ride.

The Melbourne band’s third record is split between rousing, jam-band rock songs and tear-jerking, bushwhacking ballads. The former crest in choruses built for cathartic sing-a-longs with soaring, golden-toned guitar breaks, The War On Drugs’ highway song momentum and Patti Smith’s vocal intensity. Elsewhere, ballads like Song For A Funeral – about swallowing the bitter pill that is a loved one’s suicide – function as forgiveness shared. Country rock can sound flat or twee on record so kudos to producer Nick Finch for making One Of Us so vital.