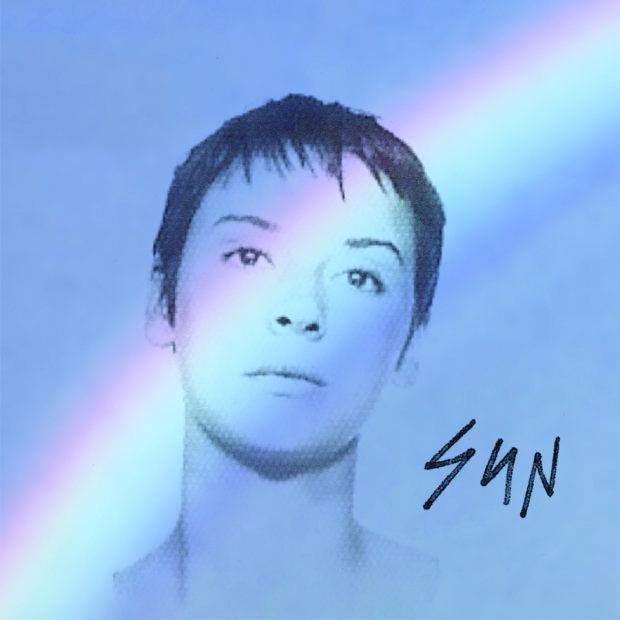 First published in September 2012 in The Vine

Six years ago the New York Times ran a video in which Chan Marshall (Cat Power) talked about being sober. She explained how her insecurities had led to alcoholism, which, in turn, led to her depression and ultimate hospitalisation. It was hardly news for fans like me. I’d been watching Cat Power slug away on stage since ’98 and had witnessed several mid-show meltdowns. While others seemed to enjoy being either enraged or enraptured by her performances, my appreciation was sullied by a suspicion her fragility was in fact a savvy streak of showbiz. Shambolic vulnerability had become the show. In a recent interview Marshall quotes Jonathan Richman as saying: “When you’re playing by yourself in front of a lot of people, it’s like there’s a matador and a bull, and you don’t know which one you are. But the one thing you do know is that the crowd wants to see one of you die and one of you survive.”

By sabotaging her own performances, Marshall was both matador and bull; destroyer and destroyed. She gave them what they wanted to see.

But audiences grow tired of the same shtick. It’s arcs they crave. Again, Marshall delivered. On tour in 2006 behind her seventh album, The Greatest, Marshall spent seven days in hospital being treated for alcohol abuse. Upon release Marshall cancelled her tour, stopped drinking and set off on a path to finding herself. Excellent news. But what did a sober Cat mean for her music?

2003’s You Are Free presented all of Marshall’s best sides with a plain and powerful beauty only The Covers Record (1998) and Moon Pix (2000) could rival – all three were recorded when she was a boozer. Since sobering up she’s also glammed up, toured The Greatest – a pretty good soul-rock record – and released Jukebox (2008) – a covers record that’s not as good as her first covers record. Now comes Sun, an album Marshall calls a rebirth. “Moon Pix was about extreme isolation and survival in the crazy struggle,” she says in the press release. “Sun is don’t look back, pick up, and go confidently into your own future, to personal power and fulfillment.”

It fits the arc – after recovery comes rebirth – and thus far it has impressed critics, most of whom have taken off running with the life-affirming ‘back from the brink’ angle that’s instructed how they should listen to this record. But if You Are Free represents Marshall’s artistic zenith, recorded and toured when she was at her personal nadir, Sun finds those tables turned. Musically, this record is so indeterminately lite-on it’s difficult to pinpoint any particular style, which is probably why so many reviews have labeled it pop.

Lyrically, there’s a subtle but significant shift. Marshall has always penned simple, unsophisticated lyrics but when she was lost they were as raw and searching as torchlight from the dark. Now, by default of her rise from disgrace, we’re left with just the simplicity.

‘3,6,9’, is an R&B-style exposition of the life of an alcoholic. After so many years in the bottle’s boozy grip, it should be a topic she nails. But from the lazy rhyme of the chorus – “3,6,9, you drink wine /Monkey on your back / You feel just fine” – to the unschooled clutter of Auto-Tuned backing vocals, to the outro where, apropos of nothing, Marshall sings “fuck me” (though her words are so altered by Auto-Tune she may actually sing ‘funky’ or ‘fugly’), the best thing about ‘3,6,9’ is that after four long minutes, it ends. It’s an astonishingly ill-suited medium for the message. Narrative-wise, this song about her lowest point should have been the set-up for the others but, instead, the retrospective portrait Marshall paints of her pain trivialises the traumatic era it must have been.

“[Sun has] been three years in the making and she’s in a much more positive space and wants to convey that message to the world,” continues the press release. Eager to convey her message to the world? It figures. That’s what recovered addicts do (especially in America), as if an urgency to shine a light for others is the only thing that could possibly burn brighter than the pull of their previous life.

‘Real Life’ is the biggest offender on this front. “I met a doctor, he want to be a dancer / I met a teacher, he want to be a dreamer / I met a dog, he just want a ball.” The message, clearly, is that people should follow their dreams (I’m not sure where the simple-minded dog fits in). At a stretch, this all-American quest for self-determination may have been poignant had she left it there. Alas, she doesn’t. “Real life is ordinary / Sometimes you don’t wanna live / Sometimes you gotta do what you don’t wanna do / To get away with an un-ordinary life.” The logic is frustratingly circular: what is it, exactly, she’s trying to say? It’s easy to get bogged down decoding meaning when the programmed drums and synth are so milquetoast that, by half-way through the record, they’re really starting to grate.

Which brings me to the backing band. Or rather, the lack of one. Marshall wrote, played, recorded and produced Sun “by herself” (the record was mixed by Phillipe Zdar) which was “a statement of complete control”. But this isn’t a pre-schooler’s craft project: doing it all by yourself is only commendable if it’s magnificent. It’s not. Why, then, the fuss about the fact she struck out alone? To trumpet its greatness or to excuse its weaknesses?

Marshall has experimented with several guest musicians over the years including Dave Grohl, Eddie Vedder and Warren Ellis on You Are Free, artists whose potential to grandstand was sedated seamlessly into that record’s haunted hopefulness. She’s worked with outstanding backing bands too – on The Greatest she collaborated with a bunch of luminaries including Al Green’s guitarist Teenie Hodges. Perhaps her best synchronicity of sound and spirit was on Moon Pix where Mick Turner (bass) and Jim White (drums) of The Dirty Three did the honours. She has a track record and a talent for melding others people’s contributions into her vision so it’s regrettable her “statement of complete control” took the form of rejecting collaboration on Sun, because here her instrumental skills are stretched precariously thin.

There are some good songs however, like the single ‘Ruin’ and the opener ‘Cherokee’, where Marshall’s shot-with-air voice has never sounded better. But both are let down by extraneous flourishes and regrettable breakdowns that at best, serve no purpose and, at worst, distract from the song. Backed by a simple piano loop, ‘Ruin’ (on which the New South Wales town of Wollongong rates a honey-toned mention at around minute 1:18) would be near flawless if it weren’t for cheap-sounding electric guitar and pert drum fills, that a tougher producer than Marshall would have sliced out. It’s a shame, because ‘Ruin’s wry observation of blinkered world-travelers, who don’t appreciate their relative riches, cuts deep. “Bitching / Complainin’ / When people ain’t got shit to eat”. I’ve mourned the same hypocrisy myself, and been guilty of it too.

Fortunately, ‘Manhattan’ and ‘Human Being’ are unspoiled by extra ‘touches’, with the latter summoning the wounded idealism Marshall embodied so uniquely on previous releases. It thrums along with simple acoustic guitar details and when she sings “You’ve got your own voice, so sing / You’ve got two hands, let’s go and make anything” it’s the old Cat Power again, plaintive and hopeful, even against the odds. Though, again, it’s hard not to hear something quintessentially American here. “You got a right to anywhere, anything / You got a right, you’re a human being.”

It’s the rags to riches myth America is still built on; the original promise of the capitalist dream. Marshall has pursued such themes before but You Are Free was no utterance of support for the First Amendment. Then, the dream of freedom was just beyond her grasp. You Are Free was an affirmation of something wholly uncertain; a gasp of air, a sharp intake of hope. Its beauty was in its brokenness.

At nearly 11 minutes ‘Nothin But Time’, a tribute David Bowie’s ‘Heroes’, should be a triumph but even Iggy Pop’s blameless cameo can’t stop me feeling like I’m the cynical one trapped a Live Aid Concert and everyone’s swaying their arms. “Your world is just beginning / It’s up to you to be a superhero.” Meanwhile, on ‘Peace and Love’, the white-girl faux rap she breaks out is made even less enjoyable by some dubious MIA-style scat and the lengthiest “na na na” chorus I’ve ever endured.

There’s hope yet for admirers of Marshall’s earlier work. Reportedly, prior to writing the material on Sun, a friend told Marshall the “really slow guitar songs” she was amassing sounded “like depressing old Cat Power” so Marshall started again. Apparently, she’s got a liking for periodically chucking out all her possessions but, I for one, am hoping those old depressing songs made the cull.