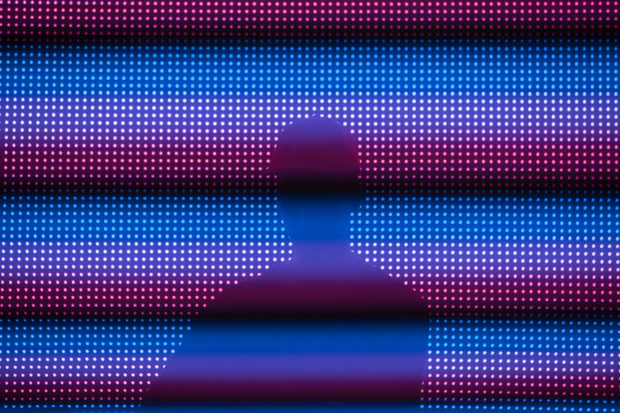 A mirror hangs from a tree reflecting the clean Tasmanian sky. I’m in the exercise yard of New Norfolk Hospital For The Insane, taking a break from what’s inside. The asylum – originally built for sick convicts – sprawls over both sides of the River Derwent in this small town 40 minutes from Hobart. Many locals worked here; others were family of inmates. The asylum only closed in 2000: its 185-year history both harrowing and fresh. “There was a siren if one got out,” a local says. “We could hear it at school.”

Perhaps due to its psychic burden, New Norfolk council struggled to re-purpose the buildings. Enter Hobart’s Museum of Old and New Art (MONA), Australia’s largest privately owned museum, opened in 2011 by professional gambler turned art collector David Walsh. Walsh calls it a “subversive adult Disneyland”, while Richard Flanagan described it in The New Yorker as “a theatre of strange enchantments… designed like a Borgesian labyrinth, lit like a night club”. MONA’s impact on Australia’s isolated island state, home to just two percent of the population, has been immense. At no time is that more apparent than during its winter solstice festival Dark Mofo, held over two weeks in June to celebrate all things pagan and Bacchanalian in the country’s coldest city. Dark Mofo has featured acts including Boris, Diamanda Galas, Jenny Hval, Antony and the Johnsons and Sunn O))). There have been Edgar Allan Poe-inspired balls, David Lynch-themed sleepovers in National Parks and 1950s motels, and every year, on solstice morning, a naked river swim.

In New Norfolk, meanwhile, Dark Mofo curators were instrumental in “re-activating” the asylum as the site for an installation by performance artist Mike Parr. On opening weekend he confined himself to the former Female Maximum Security Ward for the Criminally Insane to do self-portraits in a trance. 72 hours later, he obliterated them with black paint. The work was a memorial to his mentally ill brother Tim.

I go the next weekend. In one room, is a video of Parr’s face being sewn into an expression of shame, a protest against Australia’s stance on asylum seekers. In another room, week-old buckets of piss fester. Parr requested visitors leave a mirror and they are everywhere, wedged in the crumbling crevices of reeking rooms, reflecting our faces in demented fragments. The floors are chunky with possum shit and some of the brutishly thick doors are scarred with scratch marks. Even without Parr’s work this place is a monument to suffering and to the forsaken. That afternoon, back in Hobart, Ukrainian pianist Lubomyr Melnyk plays a concert that functions as an emotional cleanse after the trauma of Parr’s work.

Nothing happens early at Dark Mofo because a lot happens late. Dark Park is a public art precinct lit by dramatic ejaculations of flames. There, I see a pod of druids on podiums in rippling silver robes. It turns out that it’s The Tasmanian Symphony Orchestra Chorus responding to microtonal cues linked to the location of the stars above. Rugged up toddlers watch with their mouths ajar.

Other shows challenge perceptions. In Tim Hecker and Marcel Weber’s collaboration with perfumist Geza Schoen, a fog-filled room is made circular with a ring of lights flickering at eye level. The aim is to create synesthesia, as a metallic, floral smell is carried on Hecker’s harmonic drone. With no stage to face, some snuggle their lovers while others roam, ill at ease. Ryoji Ikeda’s bone-dry glitch, meanwhile, is based on data gathered during his CERN residency, the Swiss home of the Large Hadron Collider, though I find myself more drawn to the prospect of warming my hands over a petrol drum of fire outside than pondering the punishment of Ikeda’s desiccated machine music. Another night, Lustmord erects a monolith of cavernous, clanging ambience set to images of smoke and fire billowing into fractal shapes. Fire is everywhere at Dark Mofo. Czech Republic metal band Cult Of Fire wait backstage in grim reaper robes, as roadies labour with lighters over a forest of gothic candelabras and tea lights until the stage is aglow. Through the pall, Cult Of Fire play their melodic – and weirdly melancholic – black metal.

It’s hard to know how non-Australians experience Dark Mofo. “That all the world will be in love with night, and pay no worship to the garish sun,” reads a Shakespeare quote in the marketing materials. That “garish sun” is, of course, why most people come here. But beyond the heat-haze is our black history, British invasion and Indigenous genocide – and in no state is that story rawer than in Tasmania.

Dark Mofo’s major public artwork aims to recast that story. With the help of a cherrypicker, artist Cigdem Aydemir covers five major Hobart statues in pink plastic, snuffing the men’s identities in a way both ghastly and camp. One monument is to the doctor, Sir William Crowther, responsible for an inhumane traffic in Aboriginal remains. “Where are the public monuments to the Aboriginal peoples whose lands were stolen, who fought valiantly to try to retain them?” Aydemir asks. The question lingers over the city.