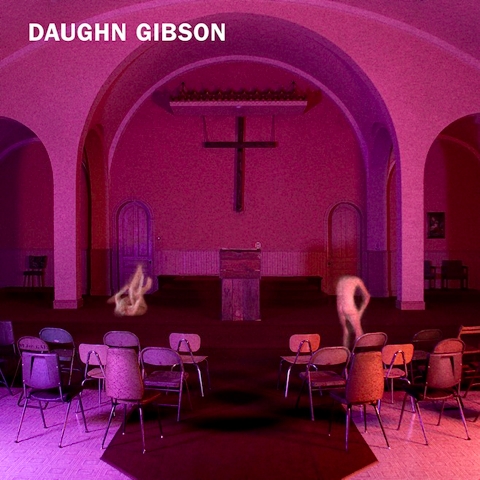 This second record from Philadelphia singer Daughn Gibson has most of the hallmarks of last year’s debut All Hell but few of its charms. On All Hell, Gibson draped his suave baritone over beats and loops plucked largely from country and Americana. The theatrical pathos of his voice barely matched backing tracks that were brisk or otherwise ill-suited but, miraculously, the combo worked.

Me Moan pushes that formula past the point where it actually sounds good. Gibson’s efforts to diversify his bevy of sounds results in attention-seeking samples like the bagpipes on ‘Mad Ocean’ or the glitchy noise on ‘The Right Signs’. A frantic drum track overpowers ‘The Sound of Law’ – in fact, the drum machine commits multiple sins on this record – and Gibson makes such an almighty lunge for country-rock crooner on ‘Kissin on the Blacktop’ that it’s unclear if he’s motivated by irony or genuine soul. When he strips it back and gears it down, as on the slide-guitar-drenched lope of ‘The Pisgee Nest’, things improve.