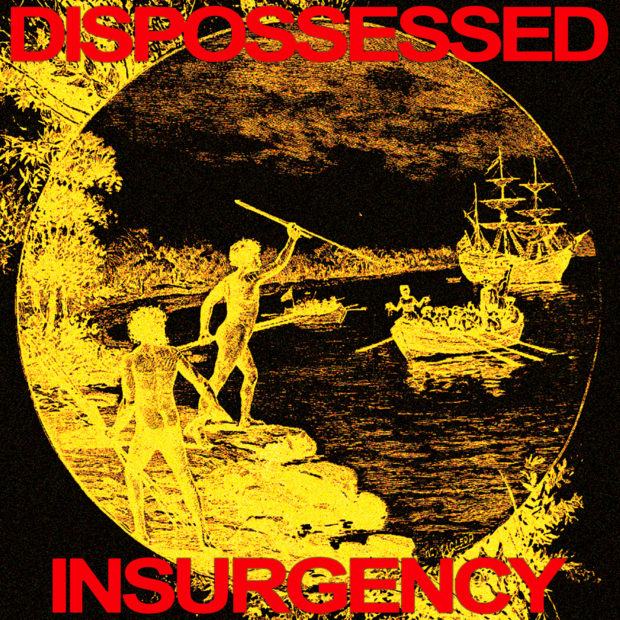 “I was sick of time and again seeing four white people on stage singing about fuck all,” said guitarist Birrugan Dunn-Velasco (of Gumbayngirr and Mapuche descent) to Noisey last month. He and vocalist Harry Bonifacio (Filipino) met at a rally in Sydney, then formed metal band Dispossessed as a conduit for the “violent themes … of white supremacy, capitalism and colonialism”.

Black Panther starts with a sample of a 1968 Black Panther chant, “no more pigs in our community”, before dropping into a curdled mess of stoner doom. By the song’s end, the instruments lurch from bar to bar, barely in time, but with everything on the line.

Made in a basement over five sessions during which four members quit, Dispossessed’s line-up has settled on Dunn-Velasco, guitarist Serwah Attafuah (Ghanaian) and drummer Jarrod Smith (Wiradjuri). The record’s production is bottom-heavy, lumpy and rough-as-guts, its tempo speeding up from sludge-slow only in reluctant bursts, yet it still packs the punch of a swift fist to the throat. It’s both cathartic and bottled-up, though it’s bottled something potent: an eternally raw document of time, place and unapologetic fury.