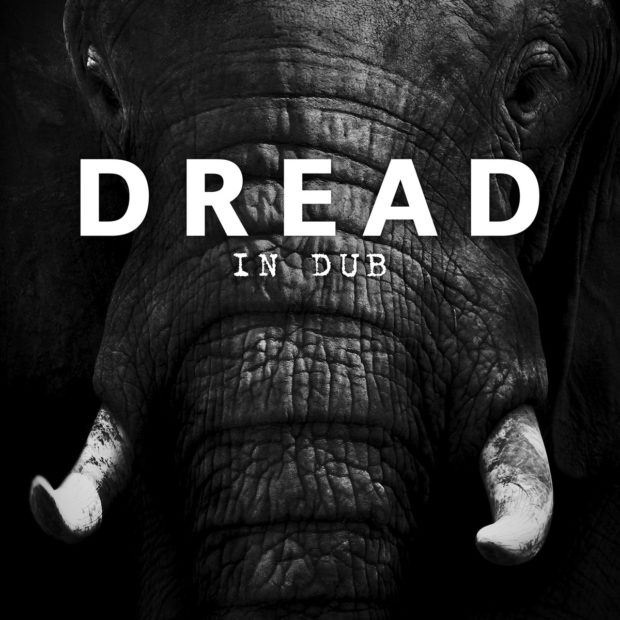 First published in The Wire, June 2017

We know how Lovecraftian sea monster Cthulhu would look if awakened but how would it sound? Like the low phlegmy gurgles on “A New Dark Dub”, probably, exhumed from a beast not of this world.

DREAD is the side project of Lustmord’s Brian Williams – a pioneer of dark ambient music. Lustmord’s first live show was a 2006 high mass for the Church of Satan yet he’s responsible for albums going back three decades including a seminal 1995 collaboration with Robert Rich called Stalker. Williams did a set of dub remixes for Puscifer in 2008 and a dub remix EP of a Lustmord album, [other], in 2009. Between frequent soundtrack commissions in his hometown of Los Angeles, the idea to mount a dedicated dub project grew.

In Dub is Williams’ first release as DREAD, the name presumably a reference to both Rastafarianism and Cthulu (a passage from H.P Lovecraft’s A Call To Cthulu opens the record.) The echoes and expansiveness of “A New Dark Dub” are stiffened by the precise stabs and sweeps of a synthetic string section, evoking the gothic high drama of Dead Can Dance. “Western Approaches”, meanwhile, is a dub take on an Ennio Morricone-style spaghetti western track.

Typically, dub lets you drift on a sense of incompleteness. You’re hearing one mix where multiple could exist; sketches snap-frozen in spontaneity. Not so with DREAD. There is a tight hand behind its loose sound: in each diminuendo, heavy dose of delay or receding snare drum. More versions could exist, in theory, but it’s doubtful a better formula could be found.

Williams’ ambient brilliance helps these songs to seep deep. Last year, as Lustmord, he made an album called Dark Matter by mining an audio library of cosmic activities such as interstellar plasma, quasars and exotic astrophysical objects. Space sounds – or something like them – howl and glimmer here too, making the record a realisation of music historian Luke Erlich’s observation in 1982 that dub was “a musical portrait of outer space … leaving trails like comets or meteor.”