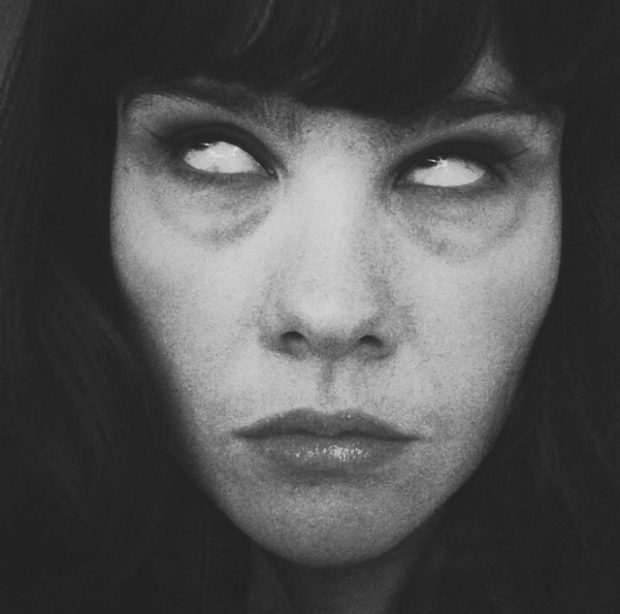 First published in The Wire, September 2016

In 2014, after years playing in bands, Sydney’s Ela Stiles knew what was next. “I made an acapella record because I wanted to do something entirely on my own,” she told blog Fractured Air. The tracks on side A of her first solo album were sketches not songs – captivating fragments that showcased a voice influenced by singers of traditional English folk such as Anne Briggs. For side B, Stiles spent a long and lonely time recording and layering vocal tracks into a monkish drone, sans software shortcuts. The self-titled record was arresting but restless; as latent with form as clay left spinning on a potter’s wheel.

Since then, Stiles has helped to establish game-changing Sydney label Paradise Daily. Previously cassette only, Molten Metal is the label’s first twelve-inch vinyl release – and its best to date. The record bears the dual harvest of Stiles’ clear and fearless voice as well as her increasing finesse at manipulating her vocals into idiosyncratic expressions. Where practitioners of the same game such as Julianna Barwick loop and layer their sounds into escapist lushness, Stiles maintains a mindful angularity. Which isn’t to say there is no emotion. Such is the nuance of feeling in her ululations on ‘Don’t Think So’ the song barely needs lyrics.

On paper, it’s a pretty confusing mash. ‘Five A.M’ is an experiment in metallic drone, thickened by found sound. ‘Fuck You’ segues from iron-deficient industrial chug to a squelchy, synthy pop track. The record is awash with ambient techno tropes too – the muffled comfort beats of Wolfgang Voigt’s Gas or Deepchord come to mind. A weirdly heart-wringing harmonium ushers us through shape-shifts of ‘Molten Metal’. Two earlier, worthy versions of the title track were released on cassette in 2015 and 2016 (Paradise Daily) – the song’s mantra has been on Stiles’ mind for a while. “I seethed like a pot, dark as a grave/Molten metal, I’m feeling afraid.” Across the record, her voice seems filtered, at various moments, through the elements of earth, wind and water; all around but impossible to grasp.