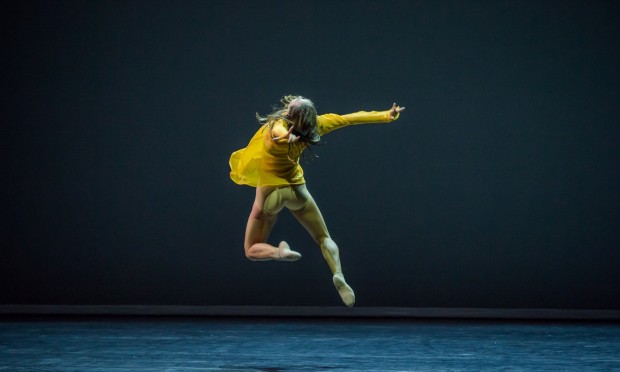 Wearing shorts and a T-shirt as though he’d decided just a moment earlier to surrender to his excitement, Sydney Dance Company artistic director Rafael Bonachela introduces us to his first show of 2015: a double bill featuring Quintett, by game-changing American choreographer William Forsythe, and the premier of Bonachela’s own piece, Frame of Mind.

“If you like it,” he gushes, a hard-to-resist archetype of Latin impulsiveness, “tell everyone you know to come”. It’s a wilful touch reminding us that while Forsythe’s work is more than 20 years distant from its muse – the choreographer’s late wife and dancer Tracy-Kai Maier for whom Quintett was a “final love letter” – Bonachela is in the full swoon of realising his latest work.

Knowing a little of Quintett’s genesis, you hope Bonachela relishes it. Forsythe’s wife died of cancer aged 32 before seeing her husband’s dedication premiered by Ballet Frankfurt in 1993. Quintett is set to music by post-minimalist composer, Gavin Bryars, dominated by a recording of a homeless man singing Jesus’ Blood Never Failed Me Yet. “He died before he could hear what I had done with his singing,” Bryars has said. In this trail of tragedy, Forsythe created his most “closely-guarded” work, which has been performed by just eight dance companies to date, now including Sydney. The thrill of gaining Forsythe’s trust to present Quintett to Australian audiences beams from Bonachela’s face and spreads outwards from there.

Three men and two women wear simple autumnal-coloured costumes that flare against flat grey walls. The light is a cool, almost institutional wash and the only props are a convex street mirror and a vintage projector. Quintett’s minimalism is so entrancing, even these seem extraneous. As the old man’s tremulous Cockney-inflections begin, male dancers circle on their haunches, arms dangling like curious apes.

In just 24 fast-passing minutes, Quintett expresses love’s big notes as well as its less championed exchanges. Duos are tossed like leaves in a storm but a moment later, spent, they lie on their backs, as useless in love as discarded dolls. There is drama here, but when Juliette Barton is twirled as stiff as a mannequin, or dances jerkily in a duet of marionettes, I think of passive aggression and the charades couples often play in public.

Bryars’ music is a maker or breaker. The unvarying piece, adorned only by the crest and fall of a simple string section, must be gruelling for those accustomed to more dynamic compositions. And looped music will wear down anyone’s defenses. But I loved its repetition, pathos and perverse English optimism and – for better or worse – was reminded of that great anthem of the downtrodden, Always Look On The Bright Side of Life.

Bonachela’s Frame of Mind is set in what could be a New York warehouse, designed by Ralph Myers. A loft window alternates sun and moonshine and the dancers wear punky blacks, sometimes resting against the peeling paint in casual observance. It could be a Manhattan dance studio, mid-rehearsal. But the set’s chic dilapidation ends with Bonachela’s intensely physical choreography, danced crisply and flawlessly tonight.

The highlights are ensemble passages where dancers splay in formation like scattered iron filings. There is a controlled chaos in how Bonachela positions his dancers that you imagine would settle into order when viewed from a great height, or using time-lapse cinematography like Godfrey Reggio’s Koyaanisqatsi series. Bryce Dessner of New York rock band The National composed the score in collaboration with the Kronos Quartet – music that moved Bonachela immensely, he says. The strings are often choppy, sawing and climactic, showing Dessner’s rock band roots, but retreat to deliver the anguish only cello can. The music would stand alone without the dance.

Though the three dance sections blur in character and the denouement defied my range of lateral thought, Frame of Mind can’t be flawed in any obvious way – it is passionate yet highly precise, demanding and often breath-stealing. When I leave, however, it is the spare and sad minimalism of Quintett I find myself aching to see again.