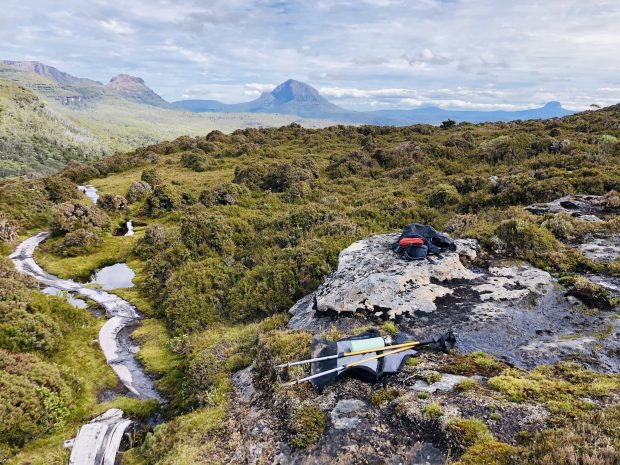 Gone to seed in Tasmania

First published in The Australian, July 2021

Botanists are always in the mood. Especially when they are in the Tasmanian wilderness world heritage area with permission from Parks and Wildlife to go off track if a “target” species is spied. 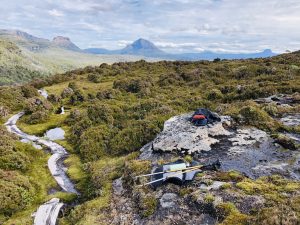 I’ve joined eight walkers on a botany-themed version of the Overland Track run by Tasmanian Walking Company, the only operator with private huts on the 65km trail. The Overland, on Palawa country, is best known for Cradle Mountain in the north, Tasmania’s highest peak, Mt Ossa, and Australia’s deepest freshwater lake, Lake St Clair. But these are the big, quantifiable things; landmarks to point at from a distance. Our walk is all about the microcosms blooming around our feet. As our guide, Vito Macolino, says: “I thought I was staring at the ground a lot in the last few seasons but it turns out I’m not.”

Special-interest walks have surged in popularity, commonly focused on art, food, photography or architecture. But the most exciting aspect of this trip is not everything I learn about Tasmania’s endemic alpine plants, but participating in an active scientific expedition to collect seeds that are healthy and genetically diverse. In short: helping. Because while botany is a hard science, heavy on Latin, seed collecting is a numbers game that responds well to a few extra sets of hands.

Royal Tasmanian Botanical Gardens botanist James Wood is here to do what he does most days: fill gaps in the seed collection he manages as part of the Millennium Seed Bank Project, based at Britain’s Kew Gardens. He’s joined by a bevy of neophyte botanists whose mission is described by RTBG as “critical” due to Tassie’s hotter, drier summers and increasingly severe bushfires.

“Upland species on the Overland Track are potentially more vulnerable to climate change as they are built for colder, wetter conditions,” says Wood. “Collecting seeds from the peaks is an important biodiversity move.”

Adding a conservation twist to the Overland is the cherry on top of a walk that is already glorious. Over six days, the terrain cycles through moody moorland, picturesque peaks, inky-black lakes and rainforest that conjures The Lord of the Rings. In Pinestone Valley we see a snaggled stand of petrified pencil pines, bleached and bony, killed by a bushfire in the 1890s. Near a series of thunderous waterfalls we spot giant pandani, the world’s tallest heath plant, their fronds curling coquettishly in show-off ringlets.

The weather, meanwhile, pays no heed to the notion it should behave a certain way: sunstroke and hypothermia can happen on a single summer day if conditions take a turn. Our day of storm, squall and squelching boots is endured rather than enjoyed, yet it’s the most-relished anecdote afterwards.

On day three, after lunch at Old Pelion hut (built in 1917 and still containing a guest book with entries from the 1940s), we begin circling hundreds of prickly daisybush shrubs on Pelion Plains, scraping their seeds into bags. On day four, half of the group summits Mt Pelion East to slither around, gathering alpine groundsel and sundew. Another afternoon, when I misidentify a plant as an orchid, Wood tells me it’s a trigger plant found only in Australia, called stylidium. He takes a tiny twig and pokes the plant’s centre so its sexual organs snap up, thinking it’s a bug.

Thinking? After six days in the bush with a botanist, I’m beginning to think differently myself.

Kate Hennessy was a guest of Tasmanian Walking Company and Tourism Tasmania.
discovertasmania.com.au