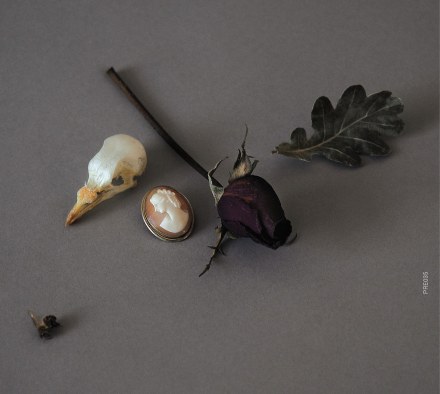 Grand Salvo – SLAY ME IN MY SLEEP

Even before the arrival of Grand Salvo’s sixth record, Slay Me In My Sleep, Paddy Mann’s folk music was unparalleled in its evocation of nature, nostalgia, love and loss. In place of life’s more evident dramas, Mann dwells on the minor notes: the once-cherished objects; the overlooked sentiments of underdogs, animals, and children; of those long bereaved and of those freshly bruised. In doing so, he differs from most. In a world that insists on pace, Mann pauses to hold the small, quiet things to the light and spin them around, clarity and colour angling from their depth like opals.

The songs on his 2008 record, Death, swell up as if from an orchestra pit above which a wintry parable of survival is played out. Listening to the adventures of its anthropomorphised cast – bird, bear, rat and rabbit – it is impossible not to regress into the wonder experienced as children reading books from the late ’70s like The Animals of Farthing Wood or Watership Down. Most adults forget. Not Grand Salvo. On 2009 album Soil Creatures, Mann sloughed off many of the instruments, shifted from animals to humans, and discarded Death’s episodic approach.

Yet the album still radiates the enchantment and terror of being a kid, as if Mann himself were caught in a slow retreat from time.

Slay Me In My Sleep maintains the wisdom and whimsy of these two previous albums as well as their persistent sadness. The plot – and there’s no other word for it – is romantic love between an old woman and a boy. Well, not exactly. Between a boy (who embodies the woman’s long-lost love) and an old woman (who embodies a younger photograph of herself which has captured the boy’s heart). Yes, it’s complicated. But what love isn’t?

To help signpost the narrative, Mann offers song titles such as ‘She woke at three with a thumping heart: she had dreamed once more of the night they met. (19th of May, 1928, Chateau de Chaalis, Seine-et-Marne)’. While their impractical length makes the song titles Mann’s most foolhardy act of rebellion, even more rebellious is his decision to chronicle a love story between an old woman and a boy. Buffeted by wave after wave of “boy loves girl” variations, Mann’s inversion of romantic love here is rare (with 1971 film Harold and Maude the only exception I can recall) and, for that alone, it’s commendable. Even better is that he pulls it off so spectacularly.

Which is perhaps no surprise. Grand Salvo, more than anyone, is capable of deploying the fine needlework necessary to weave this unusual romance into the magical realist realm it needs to occupy; a place beyond discomfort or doubt.

The album begins with pipes fit for drinking frothy ales in Hobbiton on ‘The old woman and the boy’. Like a snatch of song recalled from a dream it fades in and out before a starry shower of harp rains down. And we’re off and away. Where Soil Creatures was a lullaby-like cycle of rumination, Slay Me In My Sleep is theatrically orchestrated and frequently joyous. Emboldened by a plot with dramatic peaks and troughs, Mann responds in kind and the compositions are, at times, grandiose.

On ‘The story of May 20th, 1929’, a piano is pounded and strings swoop as the woman relives falling into “love’s abyss.” A triumphant recorder trills on track nine as they confess to their unorthodox love, while ‘The lament of the regretful ghost’ begins with Mann’s boyish voice but later bursts into a chorus reminiscent of Simon & Garfunkel’s bolder moments.

Track 13 – ‘How, three days later, she wandered heartbroken and ruined into a mountain village. Overlooking the village was an Abbey’ – even has an electric guitar solo. There’s quiet moments too, like the fingerpicked guitar on ‘The boy’s story of his faithful family dog’ (a song so sad it should come with a warning) and regret-soaked laments like track 10 – one of several with no chorus – where the piano trudges back to its assume its customary duty of dirge-like despair.

Song seven best showcases the growing brilliance of Mann’s skills as a composer. Instruments – Rainsticks? Glockenspiel? Those ropes of nutty-looking things? – a great jostling flock of them, are held at bay as he sets a suspenseful domestic scene. “The carpet flares/The sun’s now there/Smell of toast burning up the stairs.” The percussion scratches and scampers, waiting for the moment when two forceful piano chords are struck so they can rush in like a clamour of unruly fourth-graders. “We’d dance, him a devil and me a witch/A spell cast, never leaving each other’s arms.” The song is a head-rush of euphoria, so uplifting that it’s only later, when you read the words, you realise it’s actually deeply sad.

In some songs, Mann glides between the perspective of the woman and the boy. This could easily become confusing. As it is, it confirms the hunch that, ultimately, we’re all one. Lyrics loop back on themselves; heads eat tails. The old were young; the young will be old. This could be anyone’s story; everyone’s.

Like any good musical – the feeling of which you never quite escape – Slay Me In My Sleep alternates pacing and mood to wring out a full spectrum of emotions. On ‘She stands in the dark for a long time’, a guitar is strummed lightly, distractedly, as Mann sketches out an abject scene. It’s a kitchen, at night, and the homely has become hostile. “How brings the moon/Such a change to a room/How can the kettle tower like a tomb/How can the chair be a scaffold of death.” Percussion, chimes and a distant howling are heard too, but as if from another world, another life. All sounds are muted by grief; all sights are heavy with portent.

The following song – ‘Two cups sit on the table, the kettle is on and the toast is toasting. As the sky lightens she falls for a third time’ – is irritatingly exuberant. Piano rouses us from our mournful mediation feeling ruffled and cranky. “He’s got your eyes, your mouth, your smile/This old, cold heart has woken warm and young and wild.” Sadness and happiness chafe until you realise Mann has affixed the two songs for a reason. It’s the same kitchen but now it’s bright with the ultra-sensitive perception that infuses the scene when you’re falling in love. “And the kettle with its belly of bubbles/Like a rattling train, throwing steam on the pane.”

It’s not the last time the kettle appears – it makes a vignette on a later song too. Because this record is not just about memories. Or feelings. It’s also about things and how they are the glue between both. Dusty old things – like letters and photos – that we can’t relinquish but end up enclosing us in a past from which all pleasure has leached but where pain still throbs.

It’s about how human it is to imbue the material world with hope (“Take all the terrible things I’ve done back again/Keep a little dirt from somewhere that he trod/If you keep it close he’ll never let you go”) and about the double-edged sword of comfort and melancholy that familiar objects deliver (“Pattern in the cloth/Butterfly or moth/Faded very pale/You trace it with your nail”). As proof that it’s still a preoccupation for Grand Salvo, the artwork, like that of Soil Creatures before it, depicts delicately arranged “things,” the ordinary kind of objects that elicit an answering spark of sentimentality only from their rightful owners.

Slay Me In My Sleep feels so ripe for a fully-fledged stage adaptation I can almost reach out and touch it. But if it doesn’t happen, it doesn’t matter. Because among all this theatricality, poetry and potential are songs – standalone songs – as tender and touching as anything I’ve ever heard. The record is a tearjerker. It’s Grand Salvo’s best so far.