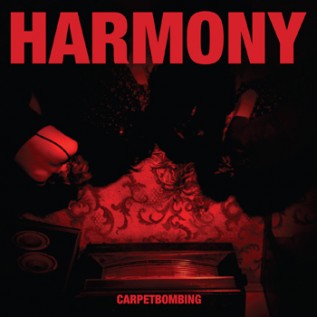 Sometimes it’s right under your nose. While you wouldn’t think that blending familiar elements like ragged male vocals, raw production, slow-paced rock and three women singing gospel-style harmonies would produce anything especially different, here, and on the Melbourne band’s 2011 debut, it does.

When Carpetbombing begins with ‘On Your Summons’ it delivers the thrill of hearing a song that could be mistaken for no other band. Maybe its distinctness is because the chorus of Amanda Roff, Quinn Veldhuis and Erica Dunn does not sweetly sing back-up but flares high and loud in the mix, as bracing at times as lead singer Tom Lyngcoln (The Nation Blue). Or maybe it’s down to Lyngcoln’s brave and intense earnestness – a singer who genuinely seems on the line with every word. Not an easy listen by any means but impressive in its oppressiveness.