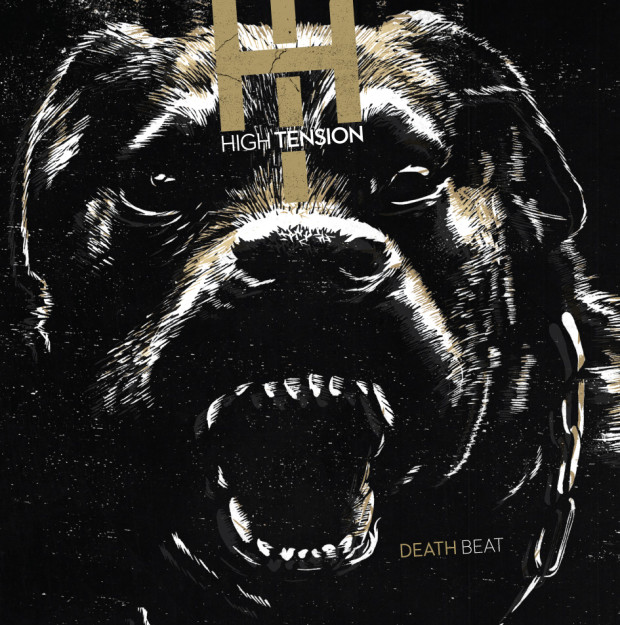 Death Beat doesn’t so much begin with ‘Blaze Up’ as it blindsides you, like stumbling into a pub brawl, mid-melee, with no idea who’s mad about what. The bar stools keep flying, though, with frontwoman Karina Utomo yet to snarl, scream and suffer through another ten songs.

High Tension is a state-spanning super group. Utomo and guitarist Ash Pegram are from defunct Canberra band Young and Restless, and drummer Dan McKay and bassist Matt Weston are from Melbourne-via-Tasmania favourites The Nation Blue. High Tension is, emblematically, the heaviest of the three bands – with Utomo’s death metal scat sure to both charm and alarm – yet the lightest in character, due to its punk rock exuberance and robot rock riffs.

On ‘Collingwood’ Utomo shrieks: “Spent the night like it was my last / Spewed in a cup” and “Took the 86 and didn’t pay / Living the life, living the dream! ” in what is either a high-five to the messy splendours of being young, dumb and free, or a jab at those who glorify it.

I’m hoping it is the former: I don’t want to read between the lines. Because at a time when most popular rock is family-friendly fare, weeping with urbanity, a direct and deliberately confrontational shot to the arm might just get things jumping again.