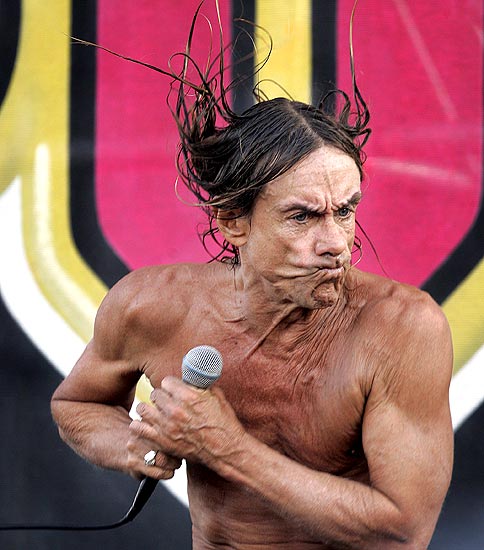 Iggy & The Stooges – READY TO DIE

Forty years on, the three surviving Stooges who made the incendiary 1973 classic Raw Power (Iggy Pop, James Williamson and Scott Asheton) return with Ready To Die. Their goal is not to dethrone Raw Power. Rather, the album is about Iggy’s insistence they be punk-rock pensioners who tour and “also make fucking records”.

Many Stooges hallmarks are resurrected. On ‘Burn’ and ‘Gun’, the affrontingly raw tangle of Williamson’s guitar pounces from the mix, twice as high as the rest, much as it did on Raw Power. Echoes of old Stooges’ leviathans are heard, with ‘Gun’’s opening guitar revs reminiscent of ‘Search and Destroy’ and the steel string slide that opens ‘The Departed’ (a tribute to the late Ron Asheton) similar to ‘I Wanna Be Your Dog’.

Iggy no longer claims to be a “street walkin’ cheetah with a heart full of napalm” but these days that boast would sink in the sea of everyone else’s attention seeking anyway. Instead he yelps, yowls and prowls his gravelly way through age-appropriate themes like death, survivalism (‘Beat That Guy’) and disenfranchisement (‘Job’). Meanwhile, the acoustic intimacy of ‘Unfriendly World’ evokes his better ’90s solo tracks more than anything the Stooges ever scorched through.

The Stooges still ooze attitude and authenticity, thus, they are still punk rock. But their new songs are strong, not mighty; alight, not incandescent.

Like this? Try these: Iggy and The Stooges, Raw Power; MC5, Kick Out The Jams