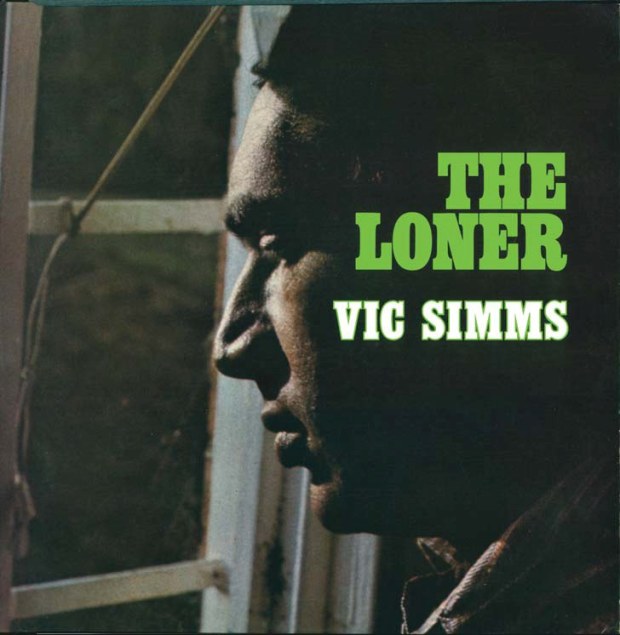 A good protest song endures even if few heard it the first time around.

There is a splash of Johnny Cash to the story and some Rodriguez too, although the tale of Bidjigal man Vic Simms is uniquely Australian.

In 1957, Simms was seen singing at a Maroubra dance, not far from his La Perouse mission home, and chosen to play with rock band Col Joye and The Joy Boys. Just 12 years old, Simms became Festival Records’ youngest artist but the success did not last. By his late teens, Simms was an alcoholic and in 1968 he was sent to Bathurst Jail for robbery.

There, Simms traded tobacco for a guitar and recorded some music; when a demo tape reached RCA Records in the US, the stars aligned. The prison system needed positive publicity to offset its poor reputation after riots and authorities decided Simms would be that good news story.

Country soul album The Loner was recorded in one hour in a mobile studio sent to the jail by RCA. After its 1973 release, Simms played at malls, prisons and the Sydney Opera House’s opening celebrations. But again, things soured. The Loner yielded no reviews or radio play and Simms wearied of being wheeled out as the model prisoner. He stopped playing, RCA stopped pressing the record and The Loner’s catchy yet hard-hitting protest songs disappeared in all but Aboriginal communities, where they were taped and passed on.

In 2012, Brisbane musician Luke Peacock stumbled on The Loner while digitising old records at Brisbane’s indigenous radio station 98.9fm. ”It blew me away,” Peacock says. ”You’d be hard-pressed to find an album with this subject matter from anyone, black or white, that pre-dates it. I thought, ‘Why have I never heard it before?”’

Peacock grew obsessed and recorded a demo of a song called Poor Folk’s Happiness, which he sent to Simms. ”He loved it. He rang me and we became buddies over the phone.”

With the support of Plus One records, an idea bloomed to cover songs from The Loner with Peacock on vocals backed by Cairns-via-Brisbane band The Medics. As recording progressed, Paul Kelly, Ed Kuepper (The Saints), Rusty Hopkinson (You Am I), Ian Haug (Powderfinger), John Willsteed (The Go-Betweens) and Roger Knox (the ”Koori King of Country”) contributed their talents and the band became known as The Painted Ladies.

Guitarist Haug says he was ”impressed [Simms] made such a poignant record in such trying conditions”. ”It was an honour to be involved,” he said. ”As a white man it reminded me of the disparity and injustices towards the first people of Australia. Playing this music and learning about Vic doesn’t make my embarrassment and sorrow … go away but getting these new versions out there feels like a good thing.”

The best cut is not from The Loner, however, but a reworking of Simms’ 1961 hit I Wanna Bop, on which Simms does vocals. ”Vic walked into the studio