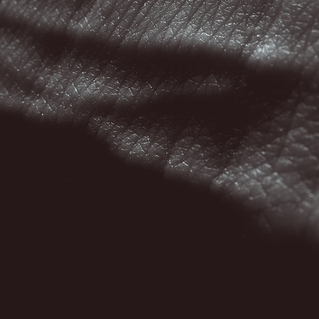 Justin Broadrick (JK Flesh) has loomed large in metal for 20 years because of his disregard for its orthodoxies and his equal parts beautiful and brutal music. Raised in a Birmingham council estate, by age 16 Broadrick was guitarist in seminal grindcore band Napalm Death and three years later (in 1988) he formed Godflesh, a hugely influential industrial metal duo. Godflesh put growling, distorted vocals and repetitive, down-tuned guitar into the smelter with lead-heavy beats from a drum machine, forging songs with an inexplicable groove.

Since then, Broadrick has experimented with industrial hip-hop, melodic post-metal and electronic shoegaze. But on Posthuman the Godflesh faithful will be thrilled to know the heavy, dark side has lured him back. The first three tracks are so righteously monstrous that even long-alienated fans will sneak back to be sonically steam-rolled when Broadrick’s guttural bark erupts from the opening track, ‘Knuckledragger’. Later, he explores drum’n’bass (‘Posthuman’), an amalgam of breakbeat and noise (‘Earthmover’) and sparse industrial atmospherics (‘Underfoot’). Still, isolating other genres feels a touch silly when the entire album sounds so distinctly and – depending on your proclivity for punishing industrial metal with electronic beats – so deliriously like Justin Broadrick.

It’s been 11 long years since Godflesh’s previous record so, while Posthuman may be an unwelcoming barrage of noise to some, to others, it’s the sweet sound of homecoming.