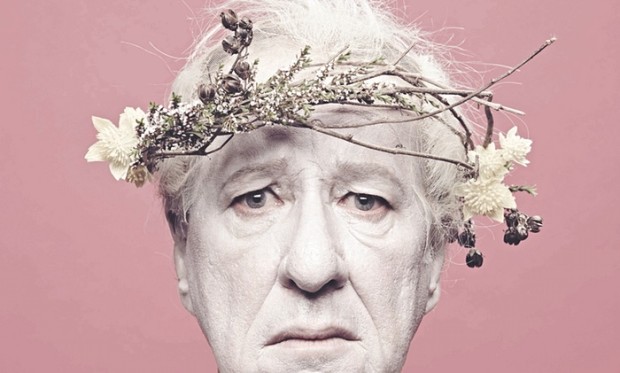 First published in The Guardian, November 2015

It is King Lear’s unreasonable expectations that drive Shakespeare’s plot. After abdicating in order to “unburden’d crawl toward death” Lear expects the fawning and flattery only power can procure to continue undiminished. It doesn’t, and so his suffering begins. 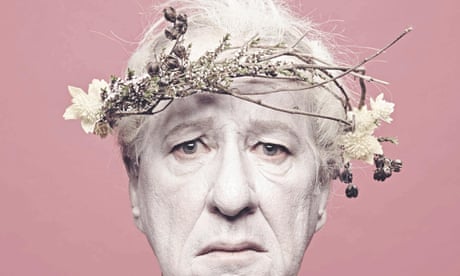 Sydney Theatre Company’s production, which closes its 2015 season, is weighted by high expectations too.

First, there is the casting coup of Oscar winning actor Geoffrey Rush as Lear. Second, our faith in the three-decade-plus pedigree of director Neil Armfield. And for those lucky enough to have seen Cate Blanchett as King Richard in 2009’s War Of The Roses, there is also the hope that set designer Robert Cousins will pull off something as breath-stealing as that production’s deluge of golden petals.

Our worst fear (that Lear will not be up to scratch) is not realised. From the moment a bandy-legged, wobbly-limbed Rush ambles forward to utter theatre’s most ill-fated demand – “Which of you shall we say doth love us most?” – he is neither too blustery or too brutish (as Lears can be). If anything, Rush underplays the savagery of his character’s lines, such as the curse on his eldest daughter, Goneril. “Into her womb convey sterility; Dry up in her the organs of increase; and from her body never spring a babe to honour her!”

Instead, it is a series of pinprick disappointments that deflate expectations. It is fun, for a while, to see Robin Nevin dressed like a shonky bookmaker and speaking in ‘Strine as the Fool. But her bitter take on this choice comic role is hammed up by Vaudevillian sound effects and her lines are nearly inaudible during the storm scene.

The first two acts are played in a blank, black box with the men – including Lear – wearing identical dinner suits. The set, and the theatre, feel too big to service subtlety. Only those actors who slide up the dimmer switch on their performance cut through the cavernous space. The always-magnetic Helen Thomson plays Regan with delicious Prue and Trude pretentiousness, while Meyne Wyatt plays the villain Edmund with such relish I found myself wholly sympathetic to his war-cry: “Now, gods, stand up for bastards!”

Mark Leonard Winter as Edgar debased into the madman Poor Tom is also wonderful. His nakedness draped only by a tendril of tinsel, Winter is so persuasive in his lunacy that when Lear drops his own pants too, and he and Tom stumble around the storm together – real rain beating down on their uncovered skulls – chaos and comedy perfectly collide. But the dialogue is still hard to hear and the live jazz played to invoke the tempest summons an urban setting instead of a wild and woolly heath.

In the final act, Cousins and lighting designer Nick Schlieper channel American artist James Turrell’s light installations in a set so merciless in generating the sensation of being utterly revealed and simultaneously utterly lost that the feeling filters out to the illuminated audience too.

But when we come to King Lear we come with expectations as unreasonable as those of the raging old king himself. It is a play that must meet a very particular craving for confrontation. We watch it to see a fury, a rage, and a storm of suffering; to witness a betrayal so violent we are forced to believe something that is not very believable after all.

While the final scenes with Lear’s only true daughter, Cordelia (Eryn Jean Norvill) are terribly tender and the words of his loyal servant Kent hit their mark – “I have a journey, sir, shortly to go/ My master calls me, I must not say no” – ultimately, the elements do not entwine enough to make us believe a stubborn old patriarch has become self aware.