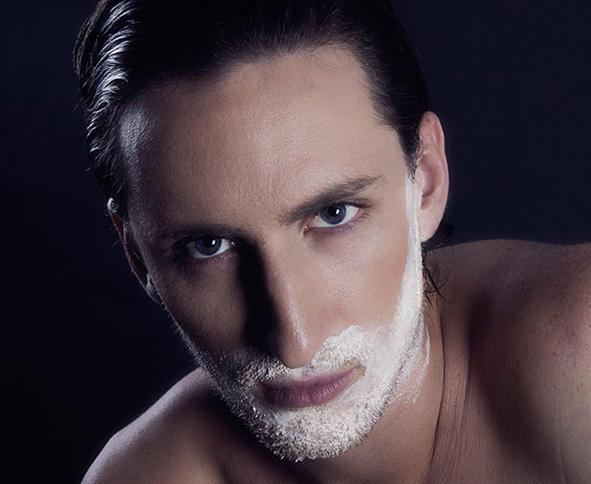 Had he fewer talents the weirdness would wear thin. But even sans suspenders, when Callinan truncates his bellowing baritone with a gravelly bark, or douses you in guitar that’s both heavenly and caustic – a distinguishing sound for his previous bands Mercy Arms and Jack Ladder & The Dreamlanders – its power is undeniable. His cult following was boosted by 2012’s U.S tour with drummer Brian Chase (Yeah Yeah Yeahs) and producer Dev Hynes (Solange) in his band.

Two artfully disturbing videos made ripples too. Filmed by Kris Moyes, brother of The Presets’ Kim Moyes (who recorded the album), ‘WIIW’ pulsates with surreal images beyond which lurk nightmares not dreams. On ‘Embracism’’s video, Callinan’s obsession with flesh borders on profane, mostly filmed half-naked in the shower. It leaves a sick aftertaste but that doesn’t stop you watching again.

Over juddering industrial bass, Callinan barks commands – “push, rip, taste, touch, work your body” – drawing us into the sweat-wet world of the local gym-rat, whose usual soundtrack is the reverb of barbells crashing to the floor. Callinan offers affirmations that suggest machismo’s merely a cry for help – “You’ve gotta prove yourself, understand yourself, show your strength” – while “Turn, face, connect, embrace” could blow the whistle on an Australian taboo: the homo-erotic football scrum. Meanwhile, two boys roll around in the dust but some “older boys … want strips torn from uniforms” – a playground tussle that looks at how violence titillates even the very young. Turns out Callinan’s interest in the purely corporeal is ingenuous: he may repeat “the body is real” like it’s all he believes but clearly he’s a thinker too.

Callinan’s oddball persona intrudes into his recorded work. Thus, it takes a while to realise Embracism isn’t excessively experimental, split between guitar ballads – ‘Victoria M’ leans towards slickly-produced pop rock – and industrial-influenced fringe-dwellers, with ‘Halo’ reminiscent of Depeche Mode. Latter-day Scott Walker is an obvious influence – both leave space in their songs for the crepuscular to creep in and use their domineering baritones to unsettling effect – with contemporaries Paul Capsis and Iota also springing to mind.

But Callinan’s theatricality has a flipside, with doubt nipping on the heels of appreciation. Are his anguished howls on ‘Landslide’ – “God is in the water / Hell is right here on earth” – telling of some personal truth? Or just for show? Does it even matter?

Callinan’s biggest achievement here is cemented by good timing. As Australians reflect on how our ousted Prime Minister’s body was sliced, diced and denigrated, he reminds us that men, too, face unrealistic expectations of how they could