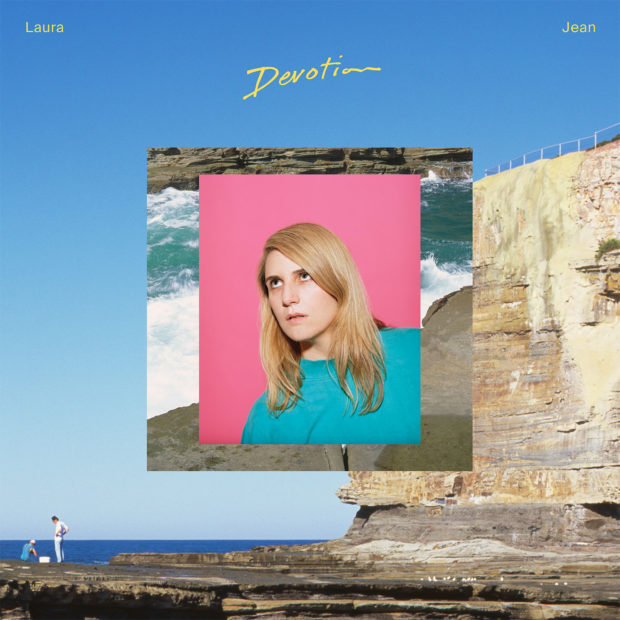 First published in The Australian, June 2018

On Press Play, the first track on Devotion, Melbourne songwriter Laura Jean winds back the clock. “I sat behind you on the bus yesterday / You were staring out the window”. The bus is leaving school and “yesterday” is decades ago, when Jean lived with her family on the NSW central coast. It sets the scene for an album anchored to youth, flowing with a theme of water.

Why do we care about Jean’s memories? Because of her born storyteller’s ability to bring us skidding into the moment, placing us so close our breath may mist her rear-view mirror. “Then it rained hard and mean / Soaking through our jeans,” she sings on the shimmering centrepiece, Northerly, its percussive pulse slick with a Sydney downpour.

Jean’s previous four records, often described as chamber folk, have been short-listed for the Australian Music Prize and The Age Music Victoria Awards. She has worked with The Drones and Paul Kelly, and toured with Adalita, Bon Iver and Marlon Williams. Since her 2006 debut, Our Swan Song, her high and unfiltered voice has maintained its plainness, making singers of comparable range sound showy. It’s a voice that compels you to lean in, cup your ear and listen, as if she’ll only tell the secret once. Yet despite her successes – and fans as loyal as the kelpie she sang of so tenderly on her 2014 self-titled record – she’s continued to play smallish rooms.

Devotion may change that. When she detoured from quiet folk in 2011, she wrote what remains one of her most powerful songs. “Here upon this artless wedge / We struggle not to fall off the edge of the world,” she sung over the caustic strums of Australia, which burst like a blister from her third record A Fool Who’ll.

And now she’s detouring again. With producer John Lee and Augie March drummer Dave Williams, she’s filled the ruminant space left bare on her last album with luxuriant synthesiser and percussive depth.  Touchstone evokes Sade with its Latin guitar and even a bongo amid the indolent kick and snare. In place of smooth jazz platitudes, though, we have Jean’s falsetto keeping it real, cautioning us against leaning too hard, too long, on a lover’s shoulder: “Take care of the magic touchstone / Only hold it when in need.”

While Take Me There offers a proverb-like insight into love – “When love is good / The road is straight / A thumb on the wheel / Is all it takes” – she’s at her best on Girls On The TV, still so raw and present amid her new pop sheen, and so effortlessly capable of centring the all-too-ordinary story of her sister’s sexual abuse.

The song showcases pop music’s power, too, to usher in incongruity. Because after Jean sings about her Mum’s boyfriend trying to kiss her sister “on the piano stool”, a laid-back guitar lick shrugs off the shock as the song bops, dips and drifts on. Like it never happened.