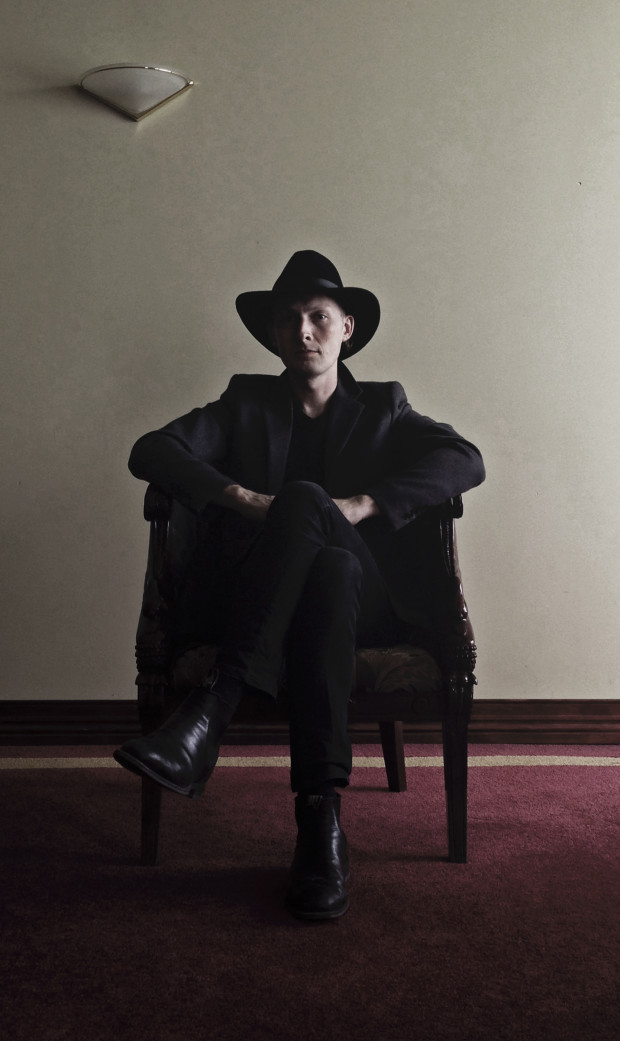 Lawrence English: our relationship with sound is problematic

First published in The Guardian, August 2015

When a rat runs over Lawrence English’s foot, it’s a shock to both of us. For English, because the rat is “the size of a small cat”. For me, because I’m returned to a here and now our conversation has seen me slip from.

“I’m interested in the idea of the body as an ear,” English continues. “I want to explore the point at which our audition becomes synesthetic.”

To certain circles, the Australian sound artist needs no introduction. Described by Fact Mag as one of ambient music’s modern masters and “responsible for a series of mind-bending field recordings”, English is also the founder of Australian record label Room40. This year Room40 marked its 15th birthday with concerts in Olso, Geneva, London and Copenhagen; with shows in Canada and North America scheduled too. In July, celebrations shift to Sydney’s Carriageworks for Open Frame festival. Among others, the festival lineup will feature the celestial murk of Portland’s Grouper, otherwise known as solo artist Liz Harris, the premiere of an electro-acoustic work from musician and producer Jim O’Rourke, and the curatorial coup of William Basinski. Basinski is best known for The Disintegration Loops – a series made from decaying tapes played to the backdrop of New York city in the aftermath of the 9/11 attacks.

English says Room40 is still buoyed by “a belligerent admiration” for its artists. The label has released work from experimental sound doyen Oren Ambarchi, Ben Frost’s first LP and the Necks’ pianist Chris Abrahams. “Thrown is still one of our most haunting records,” English says of Abrahams’ 2005 release. “It is a powerful, alien, compelling slab of music. It made me really uncomfortable and I loved that.”

Holding aloft Room40’s better known names to light the label’s achievements, however, runs counter to what English calls “a willingness to be curious to a whole other way of considering sound and music”.

Peruse its back catalogue and a new name is likely to sonically awe you. “The term ‘sound art’ gives a collective identity to everything from field recordings to experimental instrumental works to time-based performance and installation works,” says English. “It’s similar to how the term ‘avant garde’ grouped together a body of work people didn’t know how to categorise. But we have a sophisticated language to talk about music but not about what preceded it – sound.”

It is strange, says English, we use visual words to describe what we hear. “When people say ‘I look forward to hearing it’, it sums up everything that is problematic about our relationship to sound. The idea of having a visual response to an auditory event is counter-intuitive and denies the profundity of one sense in favour of another.”

Surely it is just a turn of phrase? “Perhaps, though English suffers more than a language like Japanese which has a written and verbal poeticism you can reference sound with.” It was in Japan the Suikinkutsu emerged – an upside-down buried pot into which water drips, making a zither-like sound. Placed in zen gardens, English says Suikinkutsus were likely the first dedicated sound installations and, in 2003, he travelled across Japan to record them. “There is nothing as profoundly grounding as the relationship between sound, space and time they induce.” English’s own releases on Room40 are critically lauded too, though mostly in Europe, Japan and America. Last year’s ambient album A Wilderness Of Mirrors is distinguished by a deeply affecting density also practiced by Austria’s Christian Fennesz or Canadian maestro of heart-stirring static, Tim Hecker. It’s perplexing these foreign names are better known in Australia than English’s – but only if you assume cultural cringe doesn’t factor in niche genres too.

In a recent Courier-Mail article, Queensland’s Gallery of Modern Art curator, Jose Da Silva, noted while English is relatively unknown here, he is “universally celebrated” abroad. Yet while his career has bloomed overseas, English stayed in Australia. And not in Sydney or Melbourne, but in his hometown of Brisbane.

“Brisbane now is incredibly expensive and if I were 20 again I’m not sure I’d stay. But the late 90s and early 2000s was a great time to be here because it was cheap and all the pieces were in play culturally and socially. In some cities, you’re in the end game all the time. Everything is kind of established and the rules are set. In Brisbane there was nothing. It was like a tabula rasa and I was afforded a great amount of manoeuvrability and time to spend on the label.”

Things changed when Campbell Newman’s coalition government took power in Queensland in 2012. “There was a sense of disrespect, like ‘We’re not interested in people who think or are doing things that speak to a contemporary vision of what we might become’. There was an exodus of the creative classes, and now there’s this huge vortex … but it’s slowly being filled.”

English recalls a birdwatching trip with his Dad as the genesis of his interest in sound. “We were looking for a reed warbler, it’s this small brown bird and difficult to spot. My dad told me to close my eyes, and listen … that’s the first time I really thought about ears as a sense-making device.” Since then he has travelled the world making recordings, including in Antarctica and the Amazon. Later this year, he’s going to the Northern Territory to look at how nature reclaims human spaces.

“No matter how permanent we anticipate our incursions being, there’s no such thing as forever,” English says. He cites the singing wire as an example; part of the 3,200 kilometre Australian Overland Telegraph Line that once connected the north with the south. “There’s a meaninglessness to it now which summarises this idea of temporality. I find it really powerful that the environment reclaims us. You can try to make things invulnerable but between the termites and sun, everything is reduced to dust. It’s a really beautiful reminder that we need to be humble.”

He tells me about one of his favourite pastimes. “When I’m out past the breakers in the ocean, I listen. The high hissing sound of the white part of the waves – the detail in that white noise alone! The distant, rolling, low frequency sound of the waves on the shore, the people on the beach, a seabird. If you concentrate on one dimension, you realise the complexity of the experience it is possible to have.”