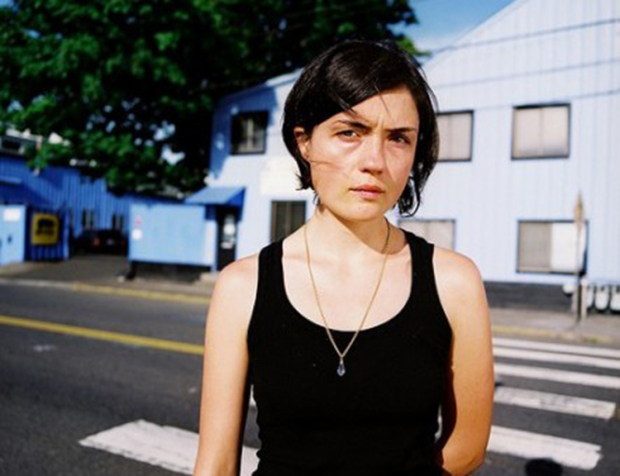 First published in The Brag, October 2010

Following her U.S tour supporting Animal Collective last year, Portland-based ‘textural songwriter’ Grouper didn’t check to see if her MySpace site had spiked from playing a string of huge venues to sold-out crowds. “I have to admit I don’t know,” says Grouper, aka Liz Harris. “I don’t log onto MySpace anymore. I don’t really want to pay attention to that kind of thing.”

Me, I’m just relieved at how chatty and accessible Harris is. As Grouper, she subsumes herself amongst “glowing washes of reverb and softly howling echoes of delay” and the voice that does emerge from the beautiful murk is fragile and ethereal, hard to pin down, impossible to translate. I wasn’t sure if she’d want to talk shop at all.

“I don’t want to get into a cycle where I’m motivated by relying on what other people think about my music,” she explains further. “I want it to remain true to what comes naturally, what feels honest. It seems that when artists start feeding off attention from an audience it can taint that process.”

In her words, Harris is not a natural performer. She’d rather observe from the sidelines. The limelight of the Animal Collective tour, then, must have been overwhelming.  The band was touring on the back of freakishly popular psych-folk zeitgeist Merriweather Post Pavilion and Harris says even they were “a little surprised” at the worldwide fervour.

Grouper, essentially, is mood music. Listen, properly, and there’s no option but to descend into a blurred, subterranean, muted landscape; a gentle environment but also a terribly unsettling one.

Wrapping words around Grouper’s sound has been a challenge for music writers. Sam Lewis from UK website Drowned in Sound, for example, takes readers on a journey through The National Gallery’s collection of impressionist paintings. He draws a parallel between impressionist art – “the colours start to melt into one another; figures become absorbed into the landscape itself, the light and shade of everyday life taking prominence” – and Grouper’s music. It’s apt. “What Harris seems to comprehend better than most is the power … in becoming lost in the colours rather than definitively outlined. These are songs that recognise the fact that in the shadows, anything is possible.”

In 2008, Grouper’s LP ‘Dragging A Dead Deer Up A Hill’ was lauded by Pitchfork with an 8.1, although largely for Harris’ decision to strip away much of the “effects-laden gauze” of her earlier works. Recently, Brisbane label ROOM40 released a 7” tour single called ‘Hold/Sick’ and this time, says Harris, the murk is back. “Yeah, it may be a little bit more washed out. But although it’s hazier and murkier, I am also doing sparser, more minimal arrangements within that.”

Harris reveals on ROOM40’s website the two songs are about feeling like an observer of one’s owns emotions. “You’re in that space where you’re not sure whether to follow them or reel them in.”

Grouper performs at the Saturday night TINA showcase gig as part of Sound Summit. She’s also sitting on a panel called Pop Extender to discuss how experimental music can adopt pop tactics. Since she’s also heading to Perth and Cairns, Harris asks me what the weather will be like. It’s of particular interest, she says, due to her backpack size.

“I bring so much gear but I don’t want to check any, so every time I tour there’s always the debate of what one outfit to bring. I can’t fit any clothes in once I have all my gear in there!”

Grouper plays the Sandringham in Sydney on Saturday October 9 supported by Rand and Holland.