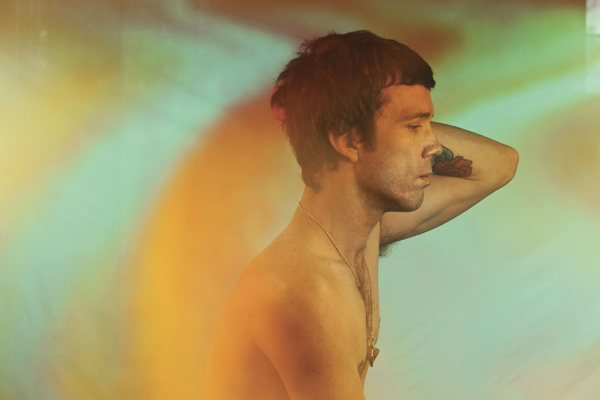 Lost Animal is the solo project of Jarrod Quarrell, previously singer and songwriter in St Helens. St Helens broke up in 2010, just a year after their acclaimed debut LP Heavy Profession was released. Reportedly the band split so Quarrell could focus on Lost Animal, and now comes Ex Tropical, the fruit of that premature divorce.

On a first listen, it’s a weird ride. Ex Tropical takes the balmy island vibe of dub reggae and ices it way down, re-locating it somewhere urban and mean. It layers the mid-tempo schmaltz of ’80s funk-soul ballads with morose horns a la Morphine and the chic Caribbean groove of Grace Jones. There’s washes of dubstep warble, mawkish keys and several echoes of early Eno. Tying it all together is Quarrell’s voice, that same worldly, windswept drawl that made St Helens fans swoon. What he lacks in range he bleeds in cool, managing to fuse nonchalance with intensity; insouciance with intent.

Truly, Quarrell’s voice is a marvel. Yeah, he’s got a Midas touch for pacing and delivery but it’s more than that, something you can’t learn or mimic. It’s a voice that sneers at the notion of effort; swaggers in to deride all those who try too hard or seem too eager. If it took months of slogging it out to record Ex Tropical’s vocal tracks, no residue of that labour remains. Yet even though it seems to come so easy his voice is still so affecting. It has a physical persuasiveness, a sexual danger, like that feeling when the night suddenly cracks apart with promise. It could go good, it could go bad, but whichever way it rolls, you’ve surrendered to the momentum. “Well I got high in a wild land/I can’t get back down.”

While parts of Ex Tropical sound upbeat – like the marimba jam on ‘Buai Raskol’ – it’s surface-level flourish only. Below that it’s dark terrain. Moreover, you get the feeling nothing’s going to change Quarrell’s outlook. This palpable finality is expressed in his first words on the record on ‘(Intro) Beat Goes On’: “When I was a boy mother told me/The biggest killer is a made up mind/Now I’m full grown I’m in danger/But I got a beat and the beat goes on.”

The most distressing song is ‘Lose the Baby’, stripped back from its St Helens days and loaded with enough baleful, bitter honesty to make your throat constrict. “Down on the street they’re gonna steal a car/With cold lips, blue heart/But lose the baby or we won’t get far/And if you think that it cuts me up/I’m gonna sharpen up my tongue and really cut you up/And if you think that it gets me down/I’m gonna gather all my strength and really drag you under.” Take from it what you will but it’s not going to be pretty. I watched as the colour drained from the faces in a room as Quarrell sung ‘Lose the Baby’ live, full of dark, inscrutable purpose. I watched as those tapping their feet or nodding their heads slowly stopped moving at all.

Not that listening to the more disturbing parts of Ex Tropical gets any easier in private. It doesn’t. Combine Quarrell’s recurring themes of city streets, sun, beaches, dawn and water with his atmospheric and often beautiful backing tracks and Ex Tropical starts to snowball into quite a head-fuck as you question why you feel so perturbed. Until you realise that what may sound like easy listening, isn’t easy at all. Usually, honest and confessional music is a redemptive experience, even if it’s sad. There’s a generosity extended from songwriter to listener, an acceptance that their perspective is permitted, for a time, to become yours. But with Quarrell, this exchange is fraught. His vision is too singular and his vulnerability is too barbed. There’s no place in there for us to get comfortable so we’re kept at arm’s length – un-trusted, un-wanted. But it’s precisely this amalgam of honest and guarded that makes Lost Animal so compelling. He’s a bona fide enigma.

The sadness of ‘Lose the Baby’ is rivalled by the slow-burning menace of ‘Don’t Litter’, which is as creepy as it is well-crafted. The romantic idealists are rewarded by the Eno-influenced lullaby of ‘Old Lovers’, which injects undying love with a dose of Quarrell’s idiosyncratic jadedness. “I’m with you baby in the night/Holding on to you with everything I have/And with you baby, I’m proved right/Cos it’s true that old lovers don’t die/They just find somebody new to love.”

On the final track, Quarrell strips it right back. It’s called ‘Sundown’, and fittingly so. His voice materialises like an apparition mocking you from another realm, backed only by desolate, zombie-like chimes and the aural equivalent of an evil wind. The last words uttered are, “I’m a killer with a cold, cold heart”, before it all slips away into a shapeless, soundless void. A (heart)beat elongates. And flatlines.