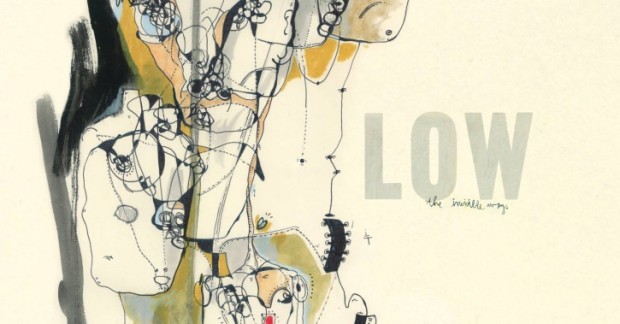 This is Low’s tenth LP and their twentieth year together. Milestones that, for another band of similar cult status, would spark a flare-up of hyperbolic praise. But the music of Minnesota-based trio Low doesn’t befit hyperbole.

Built on the harmonies of Sparhawk and his wife and drummer, Mimi Parker, Low’s hallmarks are minimalism, slow tempo and slow burn. Anointed the flag bearers of ‘slowcore’ – which asserts that intensity is not bound to fast pace or volume – Low have occasionally betrayed the slowcore party faithful with fleshier pop-rock but, largely, haven’t deviated from doing a lot with a little.

This remains true on The Invisible Way, recorded by Wilco’s Jeff Tweedy. The languid acoustic lope of ‘Plastic Cup’ is a beautifully succinct, if bitter, appraisal of mortality, while the wistfully meandering guitar that opens ‘Amethyst’ is some of Sparhawk’s most expressive yet.

Parker sings the lead on five songs – instead of the usual one or two – which only works in the album’s favour if you prefer her vibrato to Sparhawk’s wry, more nuanced delivery, especially given she’s long provided harmonies for him but he doesn’t return in kind.

While piano, acoustic guitar and brushed drums are the record’s backbone, the Sparhawk-sung ‘On My Own’ is an amplified exception, delivering a spine’s worth of shivers with its stark tempo shift from pretty piano jig to the doom rock of Sub Pop labelmates, Earth.

Like this? Try these: Low, Drums and Guns; Low, Things We Lost In The Fire