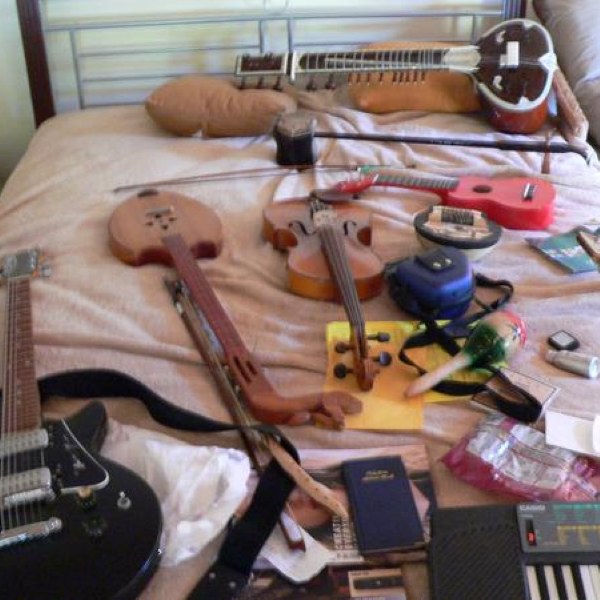 It’s been 13 years since multi-instrumentalist, songwriter and producer J. Walker started making music as Machine Translations. Back then, he was based in the lovely seaside escarpment town of Coledale, north of Wollongong. In the 10 years between 1997 and 2007 there were eight records – all variations on Machine Translations’ theme of beguiling, left-of-centre pop.

Walker has since moved to South Gippsland in Victoria and built a studio in the shell of an old bakery. It was here that ‘Telepathic Head’ was recorded, the first single from a new record due later this year.

‘Telepathic Head’ is a love story between a man and an intergalactic lady. Delivered with Walker’s trademark ease, the song is simple, joyous and very sweet. Over the years Walker has introduced many different instruments and band members, yet his recordings have never lost their singular expression and measured sense of experimentation. ‘Telepathic Head’ opts for heavily synthesised backing vocals, metallic and remote, instead of the rich and droning backing vocals used so liberally on 2004’s Venus Traps Fly. However, what it sacrifices in warmth from the dryer production, the track more than compensates for in playfulness, using spiralling sounds in the background like those that accompany the descent of an alien space ship in a B-grade movie.

‘Telepathic Head’ is a vintage Machine Translations single. Which isn’t to say it’s vintage Machine Translations because that palette is too broad. Yet on each of Walker’s records there’s at least one “radio single” like it: shorter, straighter, and catchier than the rest, structured around a sing-song chorus, and indicating little of the weirder depths into which the other tracks plunge. It’s at this point in the cycle, I wait patiently. Because for me, it’s the tracks that aren’t the radio single that have a riddle-like, enduring quality. Years later, they’re still yielding gentle new joys, some dark, some light.

Like a little sunshiney island, ‘Telepathic Head’ draws you in to bask a while on its safe shores, but I can’t wait to wade out, dive in, and see what subterranean delights Walker has in store for us, out past the breakers.