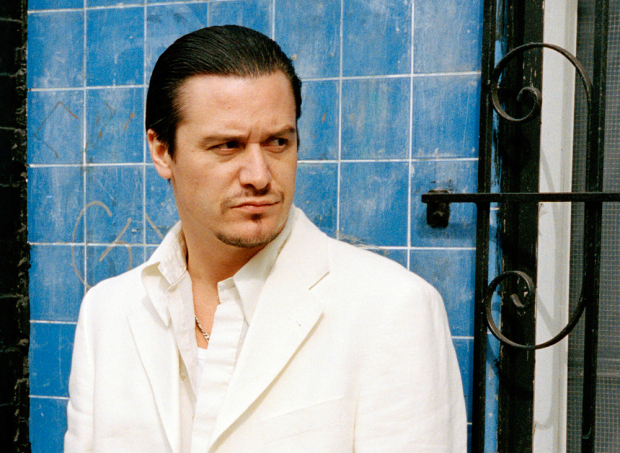 Tonight is a double-bill: we have also come to hear Mike Patton, the Ensemble Offspring (again conducted by Peelman) and The Song Company perform an experimental Italian opera from 1965 by Luciano Berio called Laborintus II.

The stage is full yet the music is unfulfilling. Deliberately so, of course, with multiple foreplays of sputtered crescendos, female singers who trill and cry out but never take flight, male singers who whisper sinisterly. Voice is used not as an instrument in Laborintus II but as an irregularly dripping tap, a presence you can’t contemplate or ignore.

Patton narrates in Italian and it is a treat to hear his perfect diction. Unlike Ranaldo, who watched Peelman with a De Niro-esque twinkle in his eye, Patton slides his conductor stern sideways glances, twitching his nose to keep his glasses in place. Peelman is conducting the piece but it seems to be Patton’s forcefield of focus keeping all the mad pieces in place.

In a crowd-delighting passage, Patton yells into a megaphone that crackles with distortion, bringing both facism and Mr Bungle to mind. “Hot!” a woman observes.

Still, there is little to hold onto until the piece breaks into free-form jazz, a harp regrettably obscuring Bree van Reyk’s fine drumming. It ends with what I assume is the original electronic work: squawks, squelches, fnnurts, snnurts, belches, blurts and bleeps accompanied by the Ensemble’s hushed playing. I won’t rush to see Laborintus II again but I am 100% glad I saw this. It is one of those experiences.

On exiting, a Sonic Youth tee looks strangely uncouth. I imagine a Faith No More tee would verge on repellent. The thought nearly stops me in my steps. I am aware the ultra urbane versions of Ranaldo and Patton we have just sat sedately to see have supplanted their earlier rock n’ roll selves but it still whiffs of weird. Face it, everyone talking in a polite hush as they exit the Recital Hall was probably a pimply teen in an oversized band tee at FNM’s early ’90s Aussie tour.

Tonight’s show makes that all feel like a bloody long time ago.