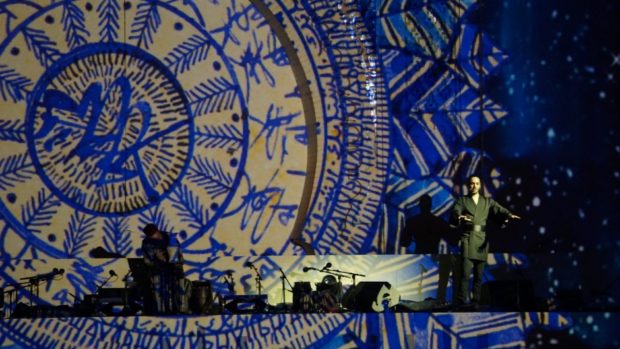 At first we’re told the medina has 10,000 alleyways. “It’s a labyrinth,” says our guide, Mohamed. The ancient, walled part of Fès, Morocco, is the world’s best place to get lost, he says. “But have you actually lost people?” I ask. “Four times,” Mohamed says in a tone that pleads, “do not make it five, Kate.”

The next day, Fès local, Khadya, tells us there are 11,000 alleyways. Some are one donkey’s width and no accurate maps exist. Khadya was born in the medina but areas remain that she doesn’t know. “Stay put if you’re lost,” she says. “Or you’ll only make it worse.”

This mud brick maze is as unknowable in its entirety, then, as the ocean’s depths. Because a GPS can’t help you here. It’s a thrill for travellers in a time when a local SIM can extract you from pretty much any navigation pickle.

Intensifying the medina’s mystery is the Arabic architectural style that dictates wealth not be flashed to strangers. One keeps one’s privates tucked away. Thus, behind any decrepit door, caked in centuries of dirt, may gleam an upscale riad built around a central courtyard, its interior walls clad in mosaics that tilt your gaze to the open sky.

Over nine days in June, divine sounds emanate from venues in the medina, as well as from larger venues in Fès el Jdid (new Fes) with motorcade access for dignitaries. The concerts are part of the Festival des Musiques Sacrées du Monde (Fès Festival of World Sacred Music), which showcases musicians united by one thing: they are virtuosos in music that is in some way sacred. The festival has been uniting this diaspora of holy players since 1994.

Nearly all Moroccans are Muslim but it honours all faiths, believing the shared experience of music helps to cement religious tolerance. Standing before the golden gates of the Fès royal palace, Khadya tells us that in 1940 King Mohammed V was asked by Germany for a list of Jews. The Jews had come to Morocco in the sixth century BC, before Islam, and again in 1492, fleeing the Spanish Inquisition.

“So he wrote the list,” says Khadya, not unfamiliar with the pregnant pause, “but the first name on it was his.” She straightens, lifts her gaze to the city’s stony skyline; gone from guide, momentarily, to thespian. “He said, ‘I’m the King of Morocco and Jews here are Moroccan so I will protect them’.” This defining moment in Moroccan history makes her proud, you can tell. And weirdly, amid the date palms and orange trees; belly full of yet another tagine, I’m proud too.

Fès the city (as opposed to ‘fez’ the round red hat) is in a valley between the Rif and Middle Atlas mountains. The drive here is all vast thorny paddocks and distant, biblical-looking horizons. Villages pass in a blur of coloured robes, beasts of burden, and storks nesting in the mosque’s minaret.

In the medina, however, nothing is at a distance, especially in the souk (market). Everything comes up close and personal including camel heads on spikes with fat tongues lolling (to prove the meat’s provenance), buckets of goopy black soap to slough off dead skin in the hammam (bath house) and piles of petal-flecked nougat. Mint goes by in bushels so big they obscure the men carrying them – it’s no myth that Moroccans drink mint tea day and night from silver filigree pots.

Aside from the Fès medina being the world’s largest and one of Africa’s oldest, the destruction wrought by wars in Syria and Iraq has left it one of the best preserved, too. “Balak!” warn the cart-pushers, before a blinkered mule blunders by on the cobblestones.

Here, the evocation of an earlier time isn’t impugned by locals in contemporary clothes or anyone, really, doing anything modern at all. Peer into a shopfront’s crumbling edifice and you’ll see men in djellabas (robes) – which in Morocco are worn with a wizardly hood – toiling on their trade the ancient way. The medina can’t accommodate cars or motorcycles let alone the wheels and engines of mass manufacture. “Handicrafts are passed down through the generations,” says Khadya.

But Khadya’s chaperoning must end. And two days from now I must find a medina venue called Dar Adiyel, lead only by a program in French with no addresses or maps. I latch onto a tall psychologist from Darwin, Louise, who I’ve noted replies with a breezy “yes” to any new idea and has no qualms butchering some French. Louise will come in handy.

The trip to the main venue, Bab al Makina, is like driving through a chess board overrun by castle pieces: the toothy rims of the fortified palace walls are seemingly at every halt and turn. We enter the stone plaza through pawn-shaped openings but inside, instead of music, there is silence.

“The princess is about to leave,” someone hisses when I talk. I’ve accidentally wangled a front row spot so I see Princess Lalla Hasnaa, in a blue dress and black heels and an inscrutable smile, move through a corridor of white-gowned men. The Princess is ushered into a BMW and, as the taillights of her motorcade fade, the atmosphere sags like a burst balloon. Moroccans take their highnesses seriously.

The light projections at Bab al Makina are portals to another world. One night, we see the ensemble of Spanish conductor Jordi Savall perform Ibn Battuta – The Voyager of Islam on innumerable exotic instruments. Even their tuning is a wondrous sound. Another night it’s Tunisian oud master and singer, Dhafer Youssef, melding hypnotic Sufi music with improvised jazz jams.

Day concerts are staged at Jardin Jnan Sbil, which is mercifully cooled by fountains and creeks. A man in blue Berber robes serves mint tea as swallows dip in and out of the palace walls.

I experience music I have little vocabulary for. A Hindustani troupe sings poetry written in extinct languages such as ancient Sanskrit and Persian. “Tablas and piano accordion,” I scrawl in my notepad; facts – bereft of metaphor. The youthful Ensamble Moxos, meanwhile, from the Bolivian rainforest, play the baroque music brought to their ancestral home by European Jesuits, with an Indigenous twist. “Harpsichord and panpipes,” I write.

At 5pm the call to prayer begins. In Morocco it’s sung live by a local imam so it sounds different each time and today it’s as gravelly as the Grand Prix. The young Bolivians sprout awkward smiles; the audience smiles helplessly back. Wait it out? Play on? Will Allah send a sign? It’s sweet, unscripted moments like this, when the culture clash is real yet navigable that the festival does its deeper, interfaith work.

At a frenzied free show at Bab Boujeloud (Blue Gate), hundreds of modern young Moroccan men dance with swivels of hands and hips to a Rai band – hypnotic Arabic pop with Bedouin trace elements. “Rai” translates to “opinion” and I’m told the lyrics really rile people up. I can’t understand the words but I can certainly feel the atmosphere turn tinderbox before a fight breaks out.

On the last night, Louise gamely at my side, I resolve to find the medina venue. “Dar Adiyel?” we ask, failing in increasingly less comical ways to find it. We’re heading home when a boy approaches in a clean, white suit and perfect English – a vision manifest. He knows our mission already. “Come on,” he says and winds us down the alleyways, deep sepia in the lamplight, to Dar Adiyel.

I’m forever in that boy’s debt. They’re playing when we arrive and there we find it: the transcendence I knew this festival could deliver. Engulfed in red light is operatic flamenco singer Jesús Méndez and his trio, clapping and stamping on a Moroccan rug. The courtyard is all curves and carvings, exquisite tiles, women in veils. Far from the steamy Sevilla tablao you’d typically see flamenco this good. But Méndez takes us there because he is channelling a spirit outside himself. Because he believes.