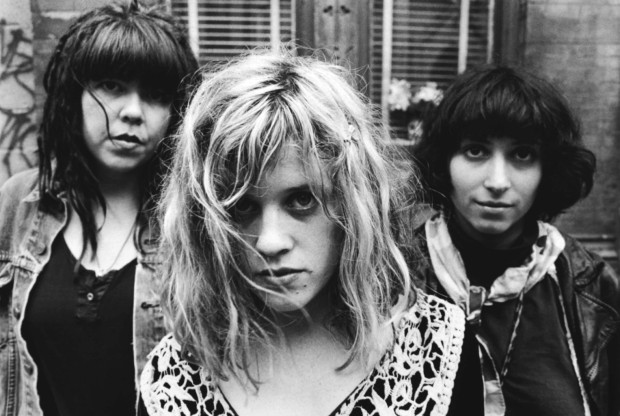 First published on The Guardian, March 2015

Even before Wednesday’s announcement of Sydney’s Vivid Live music lineup featuring all-male headliners it had been a bad year for women at festivals. For the women overlooked and also those in the crowd looking up. When stages are stacked in favour of men, it’s a bad outcome for both.

Let’s be clear why. It denies female musicians the mass crowd exposure only a festival can deliver. Meanwhile, established acts who may not need the exposure are denied a place on the cultural pedestal. Being booked for a festival says you are worth a certain weight of cultural and commercial capital. Being overlooked says you are not.

Women’s paltry numbers on festival stages signals to females everywhere: “Gals aren’t as good as guys.” It is not a stretch to think this dissuades women from viewing music as a promising path. Role models matter in both quality and quantity.

I discussed this issue on Sunday’s ABC Weekend Breakfast, citing Soundwave and Unsound Adelaide. I’m a big fan of both, but of Soundwave’s 73 acts, just six were women. Of Unsound’s 12 headliners, cancellations and replacements bumped up an original lineup of no female headliners to a final tally of one, plus two male-female duos.

Still, I fretted, perhaps these were not good examples. Metal, experimental and electronic genres suffer from low female representation. Was it fair to point at niche festivals showcasing this music? So I sought other examples and found an embarrassment of riches. The ABC presenters seemed visibly surprised at posters of this year’s Reading and Leeds festivals, altered to remove the men and only display the acts featuring women. Blank space glared from the previously bright, exciting posters of Coachella, Download and Slam Dunk too.

After the show, I was chastised on Twitter. “Being a rock star rates highly for boys and lowly for girls” and “Not as many girls dedicate themselves to that dream”, I was told. Not as many do. In June 2014, just 21% of songwriters registered with the Australasian Performing Right Association were female. If more festivals featured women, would we see more women dreaming the rock star dream? Like many parts to this story, it is frustratingly circular.

A Soundwave fan took umbrage at my recent questions to festival promoter AJ Maddah on Twitter after I found his initial response – “we don’t book based on the contents of artists pants” – unsatisfying. The fan’s argument was one of “proportional representation”: fewer women in the music-making pool leads to fewer women on festival bills.

But even if the pool did somehow spawn equal numbers of male and female musicians overnight, would that lead to equal numbers on festival bills? Or would it still starkly reflect the Australian workforce, where just 8.4% of board directors are women?

Maddah, meanwhile, fast became exasperated. He called me a “pointless troll”, a conspiracy theorist and questioned my intelligence. He also said: “There is no glass ceiling in rock. If a band has it, they get booked.” It’s the merit argument again, the one that regrets to inform us that women just aren’t quite good enough.

This is an especially off-smelling can of worms for a festival booker to feed from. Maddah’s argument is also predicated on the good faith that his team sought out, located and impartially assessed all the female candidates they could potentially book. I’d like to hear those bands.

I’ve been a metal fan since I was a teen so I know it’s male-dominated. But Soundwave is metal in name and a mixed bag in nature, also featuring power pop, punk, heavy rock, ska, glam metal and 90s grunge. If it can book Soundgarden, why not Babes in Toyland? Why not L7 instead of Faith No More? (Both 90s bands are recently reformed). Or Melbourne’s High Tension? With genres that broad, a global pool to dive into, historical acts to plunder and a budget to service the whole shebang, it is wrong that only 8.4% of the 2015 lineup included women. Again, that familiar number.

Which brings me to Vivid Live. When people expressed disappointment at the gender disparity, Vivid stated its curatorial mission was to provide “a compelling lineup each year representing the best in contemporary music both across Australia and internationally”.

Yes, everyone’s excited about Morrissey, but a lineup based on such a broad mission statement that features so few women is a lineup aching with lost opportunities. It felt sadder still when Vivid began naming individual women from bands, such as Fiona Kitschin from the Drones, like single feathers plucked from the brightly coloured plumage of male birds strutting through mating season.

Ignatius Jones, creative director of the wider Vivid Sydney program, told Guardian Australia: “We don’t have a policy that says that you must have as many women as you have men.” The subtext: this policy would be a bad thing. But would it? No one is suggesting an edict of 50/50 male-female acts be enforced at 100% of events. A better balance would be nice.

Jones also said: “Vivid is not curated to within an inch of its life – people come to us.” By which I think he meant the loose spontaneity of Vivid’s twinkling harbour spirit would be doused if it sunk to box-ticking. Better be laissez faire. Que sera, sera. C’est la vie. Implicit is the suggestion that being overlooked was women’s fault for not coming his way.

It’s all pretty confusing. On the one hand, we’re expected not to threaten the vibe or vision of niche festivals by expecting directors to relax their heavy curating standards. On the other, we’re asked not to kill off festivals like Vivid by curating them to death. All of this, really, is about reputation … but reputation is contingent on balance too. Does Coachella really benefit long-term from becoming known as Brochella?

Festivals are not the only culprit. The wider music industry feeds from the same trough. But if we accept the cycle needs to be interrupted, somewhere, why not begin here?

In that spirit, here’s an idea. Festivals tend to program some lesser-known acts in an effort to create new tastes as well as cater to old ones. Every festivalgoer knows the thrill of finding their new favourite band at a festival, of mouthing to their mates: “Who is this?” So, bookers, placed amid a sea of sure bets, why not make your lesser-knowns women? Shall we start with 50%?