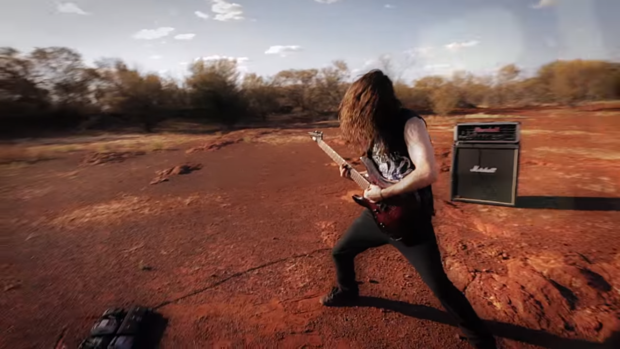 First published in The Guardian, April 2016

Victoria’s Golden Plains festival celebrated its 10th anniversary in March. The line-up featured Sleater-Kinney, the Buzzcocks and Violent Femmes but it was Australian acts Royal Headache, No Zu, the Necks and Black Cab that thrust enthusiasm into ecstasy.

After six years off, garage rockers Eddy Current Suppression Ring were especially transcendent – oh, the power and the glory! The night air in the amphitheatre was startled, then electric. Looking out at the heave of flesh and flash of sweat, singer Brendan Huntley seemed in a daze of disbelief too. It was a gig that united. For Australians left cold by sport, church, rallies or stadium shows, opportunities to be beamed-up on a collective high are limited. But it is therapeutic to be involuntarily ejected from whatever hand-picked small scene you’ve hunkered down in and surrender to something big. Festivals are music-lovers’ chance to do this but we need the festival band.

Eddy Current Suppression Ring were that band. From the opening chords of Memory Lane they cannon-fired us into a place where – as strangers, 10,000-strong – we could reclaim a dirty word: pride.

Royal Headache is a band that inspires pride, as well, at a time when the noose on the neck of live music in Sydney is jerked to suffocation point. The greatness of all 10 acts short-listed for the Australian Music prize this year made me proud too, as did Henry Rollins’ comments after his recent visit. “The number of excellent bands [in Australia] is more infestation than phenomenon,” he wrote. “They seem to be everywhere.” Everywhere they are.

Infesting the cracks, crannies, beaches, bush and desert plains. Appearing on the surface of the music pool for as long or as loudly as their promo budget allows, becoming waterlogged by time and diminishing funds; see-sawing down into less visible water. Envisage this column as a leaf scoop extended over the pool to net the ones that would’ve got away. And if you like what you hear, please pay for it – provide some financial and emotional buoyancy to the music-makers. Also, let us know: what did we miss?