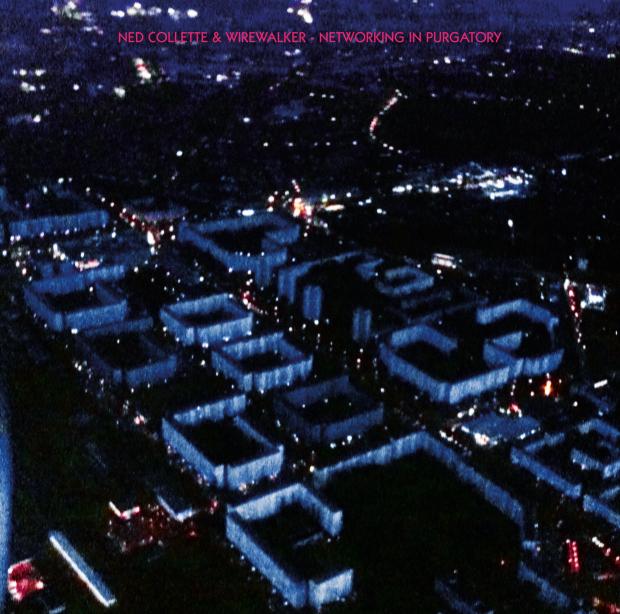 First published in The Quietus, December 2014

In Australia, it barely blipped when Ned Collette & Wirewalker launched their third record, Networking in Purgatory, in April. After spending some time in the bush with “the screeching, wheeling cockatoos” (his words), Melbourne ex-pat Collette returned to his Berlin home of four years, leaving most here still unaware of a record that was very good, even exceptional – like each so far from Collette and his band. His promo folk made noises about Easter and the record getting lost in it. “These aren’t my days,” Collette sings on ‘Bird’ and it appears he was right. Reviews that did run seemed confused. “A poor man’s Damon Albarn … it doesn’t know if it wants to be Bob Dylan or Daft Punk before they collaborated with Pharrell’s oversized hat,” wrote Ryan Lynch for Rip It Up. A wail or two of “WTF?” in the comments saw Lynch clarify his critique with merciful brevity: “I just wasn’t into it.”

It’s not surprising, with those reference points, he wasn’t. No red flags fly to warn rookie reviewers that Networking in Purgatory (released in November in the UK on Bronze Rat Records, home of Gemma Ray and Jon Spencer Blues Explosion) is a fairly experimental record. It could as easily be tagged mid-tempo folk-rock nourished by electronic wizardry. But experimentation runs in Collette’s blood – before going solo in 2006 he founded “dictatorial free-jazz outfit”  City City City – and in the veins of Wirewalkers Joe Talia (drums, effects and production) and James Rushford (piano) – both experimental solo artists who play in Oren Ambarchi’s Knots ensemble. They may not have collaborated with an oversized hat and you may not be able to pin it down or pause it but this record was stewed in smartness, complicating its embrace.

This isn’t the only reason Networking in Purgatory won’t be a chart-topping stocking-stuffer. It’s not Collette’s voice either, though that could polarise too. Sibilant, astringent and at times vaguely waspish, it’s a voice that alchemises its flaws into powerful strengths, sitting neither above nor below the mix but slicing through it in both directions, reminiscent of the Brians (Eno and Ferry) and the Davids (Bryne and Bowie). It’s a voice that can silence crowds – but do they want to hear what it sings of?

Collette has always mined his misanthropy for lyrics. Take a ticket, right? But it seems he’s done raging against dying lights. Australian music critic Shaun Prescott wrote that the tone of 2010 Wirewalker record, Over the Stones and Under the Stars, was “one of longing and the hope to salvage, as if all that we’ve lost is something we should try to snatch back”. That’s evaporated on Purgatory. Here, Collette’s bitterness runs cold and constant even beneath songs that, sonically, express a kind of genial largesse, a contradiction that is this record’s most brilliant aspect.

If this all sounds like a major bummer, it’s not. Collette is burned out yes, but still ablaze with it, as on the wry avant-rock of ‘Bird’, its chorus both chilling and thrilling. “Hung between fire and ice, men like sculptures posed in vice / Still that same old twisted bird repeats and spits the same old words”. The words the bird spits are “these aren’t my days” – morose on paper but defiant, even taunting, in song, recalling Eno circa ’74 when he was still glorying in the sinister. Collette’s journey past jaded takes us to the end-of-times observations of ‘Across The Frozen Bridge’ where there is “ruination deepening with the years” while “every word that’s spoken is the word of some great sage”, his scorn for our hyperbolic internet age made wistful by the song’s soft noir-folk; brightened by flute, polished by piano. Wistful scorn? Is that even possible? There’s that contradiction…

Elsewhere, odd touches throw you. The forlorn folk of ‘Opiate Eyes’ harks back to Collette’s earlier albums, without much mooring on this record, but as a love song evoking all the desperate tenderness of Leonard Cohen’s ‘Suzanne’, in far fewer words, it’s hard to resent its presence. “Opiate eyes I see you / Staring out of the wild / Neon-cracked and silent / Sullen darkness child.” ‘At The Piano’ has a last-drinks-clinks feel belying the fact it’s the first track, piano spilling splashily at every turn like an extravagant suitor with a lover to lure.

Meanwhile, the closing track ‘A Lawyer or a Gimmick’ could be the opener, sauntering into a soar of Spanish guitar, tuba and campfire percussion, Collette’s singing at its most emotive (“All of my confidence / All of my shame / These are things we’ll talk about but never feel again”), as if the inherent warmth of the Spanish guitar thaws his cool to the perfect bare-skinned temp. But just as you think it’s the one song to rule them all, the music retreats, its self-assured swagger dissolving into a string of embittered affirmations. “Don’t make too little / don’t make too much”, “It’s all for you / For a small monthly fee” and “Make your own assets / Maybe put it out on cassette”.  You wonder why the song rejects its own momentum – giving with one hand, taking away with another – and what a Ned Collette and Wirewalker song might sound like if it were more instinctive, less considered and just … let go.

Talia’s hand is necessary and ever-present. On 2012 record 2 he sutured the songs with atmospheric transitions and on Purgatory that task is even more crucial, with the songs a restless roam of style and pace. Towards the record’s end, the drift of transition becomes the fabric itself, backing noodling instrumentals like ‘Helios’ and the (mostly instrumental) ‘Echoes Toes’, its outro of ambient trance effervescing from the ether long enough to resurrect memories of dancing in ecstatic morning sun, before slipping away again.

That rave party muscle memory is the only zeitgeist moment on this record – a snippet bang on trend in a time when the best electronic music milks nostalgia for the dance floor rather than whetting any appetite for it. Aside from that, Networking in Purgatory spins on its own axis, somewhere not of these days, possibly not to Collette’s advantage but definitely to ours.

The single, Vanitas Quack, below

My favourite track from 2012 record 2