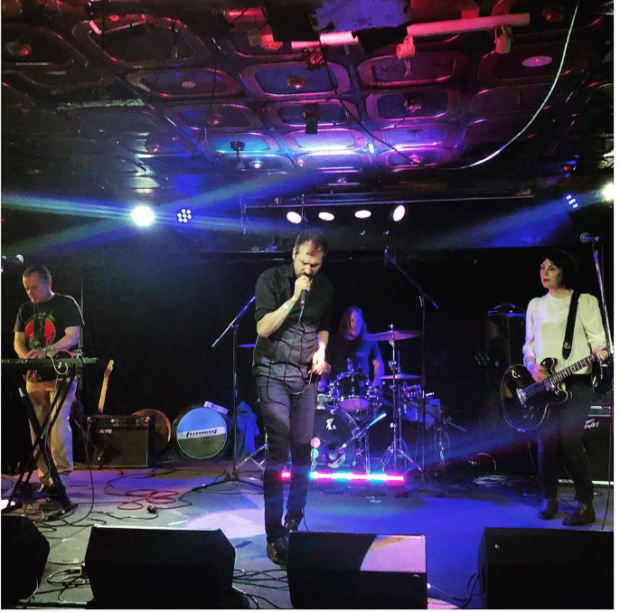 The show, though short, rises to the challenge – dispensing of the venue’s visual irritations with the militaristic precision New War’s songs perpetrate too.

First up is the sinister eight-minute dub jam, The Work Song. It’s all billowing (metaphorical) smoke, burbling basslines and spaciousness staked with crisp rim-shots. The song equals – or betters, because don’t let cultural cringe and ’90s nostalgia blind you – the nocturnal atmosphere of Safe From Harm-era Massive Attack.

It’s a masterstroke of setlisting, too, sucking people forward in a kind of pied piper trance, where one of the band’s more typical attacks might’ve held them back.

The lighting is bad but the sound is very good. New War are one of those four-piece acts where each member brings so much of merit and distinction, it’s impossible to pluck out the pack leader; the bone from which the flesh is hung.

Visually, though, you marvel most at the sheer skill of drummer Steve Masterton’s stark and circular rhythms – which at times bring to mind John Stanier’s drumming in Battles but with more of the minimalism of My Disco’s Rohan Rebeiro.

Seven songs down and they’re done. Set length aside, though, we’re sated. New War took five years to follow up on their debut LP but proved tonight that one of the most monstrously good Australian releases of 2018 is even better played live.