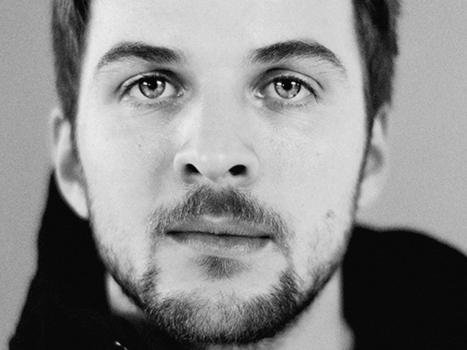 At shows like this, we are accustomed to the lights fading before a long pause lingers, a space in which silence should settle before the pianist walks on. Yet when young Berlin composer Nils Frahm lopes out – in jeans rolled curiously high above loud socks and sneakers – he begins a friendly and free-ranging chat, offering to shine his phone for people still getting seated, confessing: ”They hurried me out.”

He gestures at the pianos. ”So, my gear arrived. Which means, if the sound totally sucks it’s my fault.” It seems mad to destroy mystique in this way until you realise only a musician confident he could re-establish our reverence would take the risk. And so goes a show where Frahm bookends his beautifully meandering compositions with goofy banter.

Soft, unvarying light falls on the stage but Frahm’s set is deliciously diverse. There are the electronic compositions: dappled and dubby cascades of synthesizer, sometimes soaring but mostly on the comedown, like a chill-out track spun by a deep house DJ before sending dancers blinking into the dawn.

There are the pieces on the upright piano, its workings exposed. ”I fell out of bed and broke a finger,” Frahm says. ”And I got all dramatic about it and wrote 9 Songs for 9 Fingers. What an achievement!” He is joking but he is right. The piano’s hay-coloured hammers ripple like a field in the breeze with a composition filled with space and forlornness, motifs returning like a fading but never disappearing ache.

Best of all are the pieces that begin with synthesized low end and knob-twirling, Frahm’s gear blinking back at him in servitude, then shift to the grand piano. Frahm’s arms splay out theatrically between the old and the new, as on For – Peter – Toilet Brushes – More from last year’s record Spaces, an album Frahm spliced together from remarkable live performances like tonight’s.

Heads tilt quizzically to one side when, during this song, Frahm takes to the grand piano with toilet brushes, striking its innards percussively and dusting them over a microphone, adding a rodent-scurrying effect to experimental sounds that always sound lovely.

Later, after the song’s frenetic peak, Frahm says ”I’m going to be at the bar later getting wasted, giving high fives and signing body parts”.

Really, he could say anything, in a show that’s all about tic-tacking between guffaws and awe.