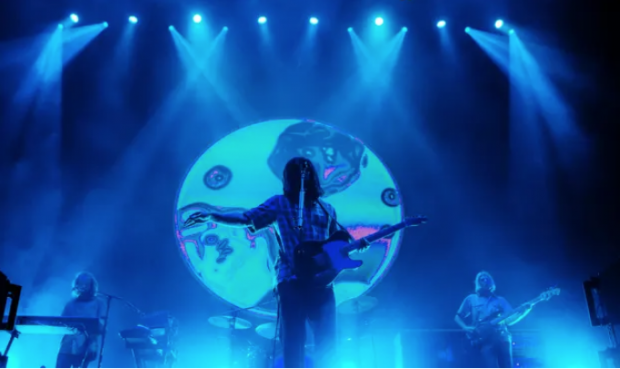 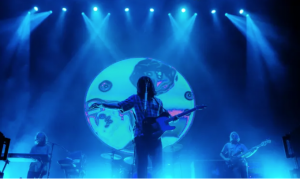 Even before arriving on a filthily hot day to Sydney’s Olympic Park, the adjectives about Saturday night’s big gig have been beefed up into superlatives.

Great Southern Nights is the name of the state government’s support of 1,000 Covid-safe gigs across New South Wales in November, but tonight is the first in the program’s finale of two concerts called Greatest Southern Nights.

Ultimately, the young men here in pastel-coloured shorts and the women in crop tops will be the ones to decide if their southern night was great or indeed “the greatest”. But the extra marketing oomph is at least warranted. The two concerts may be capped at 6,000 of the 21,000 people that Qudos Bank Arena can hold but they are still the biggest indoor music events in Australia since March.

Just don’t ask why sports events in NSW have been allowed up to 40,000 spectators since 1 October. Hypocrisy or health advice, no one seems to know, but final opening act Jack River – who fronts a band that plays clean-as-a-whistle glittering pop-rock – has an idea. “I was thinking we could start classifying events like this as football matches,” she says. “Gladys, sort it out.”

And had chilled-out northern beaches six-piece Ocean Alley presented a little more of the dynamism and unpredictability that even a middling sports match does, perhaps tonight could have gravitated towards something great. By 9.45pm, however, half an hour into a set of songs so unvarying in vibe and tempo that they are powerfully soporific even at volume, a scan around the stadium reveals more than a few fans stifling a yawn.

Live, as on record, because there isn’t much difference, Ocean Alley’s songs summon the ghost of so many good things – blues, psych, R&B and funk – that fail to fully materialise. The guitar breaks tend to sound like someone’s dead-keen dad sampling a new guitar in the shop and while the wah pedal intro on Happy Sad arouses a lot of porny promise, the climax never comes. “Well it could have been good/Well it could have been great,” sings vocalist and Baden Donegal.

During the set of opening act Ruby Fields, phone torches had been flicked on and swayed to her song Redneck Lullaby. Yet the ritual is not repeated during Ocean Alley’s set, possibly because the lyrics are so packed with platitudes it’s genuinely hard to tell what they’re all about. Mired in the emotional middle ground, no one’s going to sway a light when they’re not sure if they’re meant to be feeling sad or glad.

Which is not to say the band’s hits from 2018 record Chiaroscuro (which took second place in Triple J’s Hottest 100 that year) such as Confidence and Mellow Yellow don’t get a hearty response. Twice, security guards who look extra intimidating with their mouthpieces strapped over black masks, pace to the front seated area to get people seated again.

A few rough hand gestures is all it takes. Even pre-pandemic, stadiums teetered on Orwellian, and Covid has only tightened the grip of rules and regs. Masked employees are seemingly everywhere and with the arena only one-quarter full, the polished foyers gleam like hospital corridors when you nip to the toilet. Onstage between acts, instead of fun stuff, the screens cycle through immense black-on-white graphics of hand-washing techniques and how to cough and sneeze.

Safety measures are necessary and it’s wonderful to see this many people back at work. The first stadium show is an event to celebrate because it won’t be the last. Huzzah! But as tonight’s gig demonstrated, with empty seats mandated and the rules rules rules feeling extra oppressive in this setting, more than ever, we need the bands to pull us up and out.