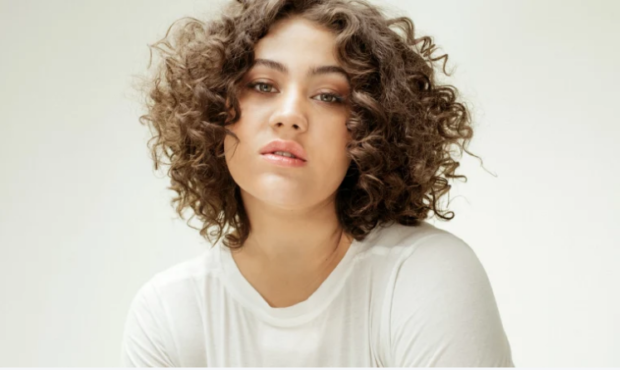 But first, to the victories. Her debut album of powerfully sung pop ballads, To A Stranger, reached No. 13 on the ARIA charts in 2018 and she was nominated for ARIA breakthrough artist. The singer and multi-instrumentalist is still young enough, however, to be using her mother (South African) and father (an English jazz pianist) front and centre on her bio.

Her show was well-produced yet zinging with the raw excitability of a house party at which Odette oozed a welcoming goofy charm. One of the album’s loveliest touches is its use of back-up singers and, live, Nicole, Michelle and Bethany – or “my beautiful angels” as Odette gushed – were the gusts of wind beneath her wings.

Odette, meanwhile, was unworn by her touring loop. She’s just back from Britain, Europe and SXSW, yet her voice was ripe, rich and whole and her covers of Fleetwood Mac’s Rihannon and Gang Of Youths’ Magnolia both hit the sweetest spot.

The engagement, for the record, was an (unscripted) stunt. When a fan yelled “marry me!” Odette accepted; even donning the woman’s ring. “I guess I’m engaged now!”

Given her extroverted nature – which veers towards stand-up comedy and slapstick at times – it was no surprise to learn she was a keen high-school drama student.

Later, she breathed life into the meme “dance like no-one’s watching”, spinning her hair in metalhead circles. Watching her move in her red mini dress, curly hair loose, was like plugging into a power source of uninhibited joy: infectious and empowering.

Yet there’s another musical maxim too: leave them wanting more. Something that was overlooked by Odette last night as her greatest asset – her confidence – unravelled into the show’s only flaw.

As the crowd scaled down, Odette’s tangential story-telling scaled up, and her three-song encore stretched out. And while it’s true only a few sidled out as the clock ticked to midnight, those few represented many who could have left, you guessed it: wanting more.