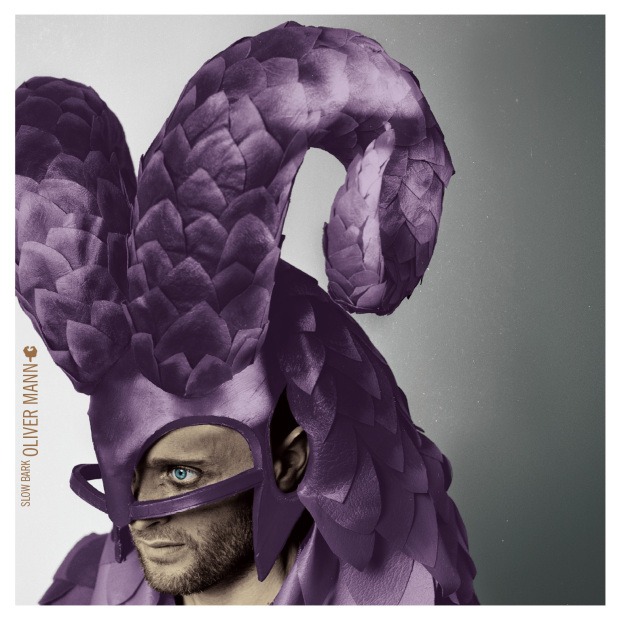 Perhaps the most surprising thing about Oliver Mann’s blend of opera and folk is that it’s so surprising. Given the age and ubiquity of these genres – why have they not coalesced more? Perhaps because they are odd bedfellows – one extroverted; the other introspective – an incongruity Mann teases out to exquisite effect.

Mann has worked with Opera Australia and Victorian Opera, played with Joanna Newsom and Sarah Blasko, and is brother to the peerless folk singer Paddy Mann (Grand Salvo). On Slow Bark he offers versions of four main tracks. The first, ‘Tin Power Pt 1’, is a wealth of feeling found in the barest of bones: spare acoustic guitar and Mann’s baritone, unleashing with such power, at times, that those less inured to opera’s majesty may assume the brace position. The meditative ‘Tin Power Pt II’, meanwhile, is simple, circular guitar beneath layers of harmonica, some wistful and supple, some bluesy and agitated.

An ambient-style remix of ‘Tin Power’ further muddies the water, stylistically and, while Mann’s voice is a marvel, instrumental tracks like ‘Deepest Temple Pt 1’ – its background noises evoking the purposeful and strangely lovely sounds of chiselling, building and sawing – are some of the best.

Seemingly more about gestures, snatches, or recollections, Slow Bark is no less beautiful for its sense of open-endedness, deeply nostalgic even as it becomes familiar.

Like this? Try these: Oliver Mann, The Possum Wakes at Night; Textile Audio, The Pomegranate Cycle