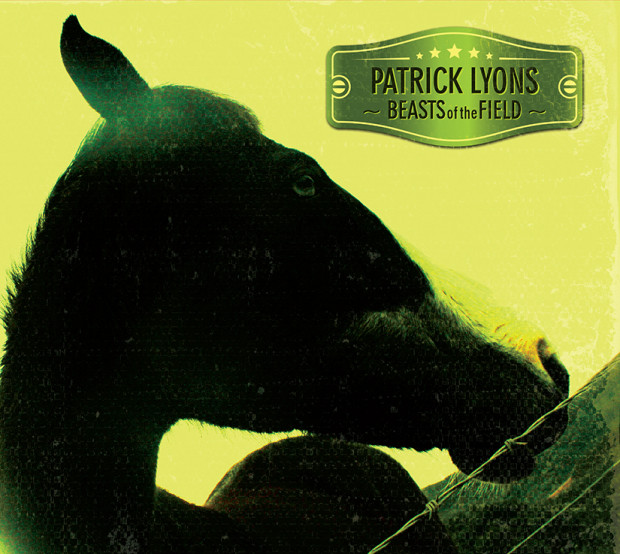 Patrick Lyons – Beasts Of The Field

For years Patrick Lyons has been in Wollongong bands, including seminal garage rockers The Unheard (alongside two Tumbleweed members). All the while the singer, songwriter and guitarist was gestating a solo album, now birthed with the aid of J Walker (Machine Translations), whose trademark inventiveness is audible in this record’s full yet mournful feel and broken yet beautiful sounds.

Ably veering from barroom ballads to cantering bluegrass to the sorrowful wolf-howl folk of ‘Gone From This Town’ and the tremolo-blurred amble of ‘Tight Noose Blues’, this album is a rumination you can’t help but join. Few songs would be ill-placed scoring the noir swamp storyline of HBO series True Detective. Touring soon with his American Creek band, peopled by various Wollongong faces, if Lyons’ shows summon even half the vibe of his record, they’ll be worth catching.