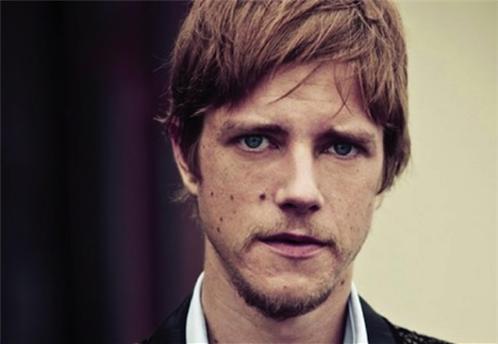 Over the span of four Interpol records and one solo album under his Julian Plenti alias, singer Paul Banks’ penchant for peculiar lyrics has advanced from occasional outbreak to terminal disease. Spectacularly stilted couplets like “I submit my incentive is romance / I watch the pole dance of the stars” from 2004 single ‘Slow Hands’ are no anomaly. Rather, penning lyrics that are sometimes captivating, frequently gauche and usually bewildering is what Banks does best.

Interpol’s last record disappointed mainly because Banks was forced to flesh out threadbare, aimless song structures. His magisterial voice surrendered to its querulous, grating undercurrents and no-body had a good time. Here, his voice is buoyed by big, stadium-ready drums, burbling bass lines and a satiating medley of effects, synths and samples. Much like Interpol, the songs build density by adding layers but, wisely, there’s few cracks for Banks to slip down and the purists, who couldn’t forgive Interpol for aping Joy Division, will hear none of that mimicry here.

Songs shape-shift, like ‘Arise, Awake’, which swaps muffled drums and tendrils of lullaby-like guitar for a counter-intuitive climax of swooping strings and a jittery electronic pulse. The mood has surged ceiling-wards too and freed from Interpol’s increasingly cheerless shackles, Banks’ Sahara-dry humour simmers to the surface.

As for the lyrics, a surprising thing occurs. The pogo between feeling and flinching becomes kind of fun. Dicey lines such as “In the meantime we’re gonna shut it tight like my briefcase” on Paid For That are redeemed by brilliant ones, like the bang-on pathos of Young Again. “Time is disgraceful, we’re all just watching as things fall apart / And silence seems wasteful when I know what’s coming for me in the dark.”