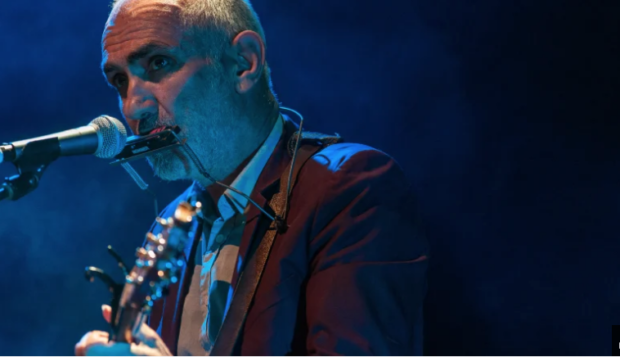 Rebooted for a third year, Paul Kelly’s open-air tour Making Gravy is growing as iconic as the man himself. It’s even accruing marketing cliches like “unmissable live music experience”. For many, it is unmissable. It’s a greatest hits show, after all, studded with the integrity of classy deep cuts and the sparkle of several newer songs.

Of course Kelly plays Before Too Long, Careless, To Her Door and Dumb Things. And of course, they are received ecstatically. Even the bats flap out from the fig trees for a velvety victory lap.

The familiarity of old faves is more like soul food than comfort food. Kelly may be “in the middle of a dream” on Dumb Things,but recent weeks in Sydney have felt more like a nightmare.

“We’re from down south … but we’ve been thinking of you,” says Kelly. Buckets are passed around for “the firies”.

With our cheeks chapped by the winds of change, it’s nice that some things stay the same. Like how healed it makes you feel hearing Paul Kelly’s voice, no matter what he’s singing.

And yet, by the time he plays at 9pm we’ve had sets from Thelma Plum, Marlon Williams, Kate Miller-Heidke and Courtney Barnett. It’s a deep well of talent to drink from.

And during Kelly’s set, our cup runneth over. And over.

We have Kasey Chambers for When We’re Both Old And Mad. Jess Hitchcock for Every Day My Mother’s Voice (co-written with Dan Sultan). Alice Keath for Sonnet 73 and The Magpie. Barnett is back for a cover of Archie Roach’s Charcoal Lane and Williams is back for Winter Coat. Vika Bull belts out steamy lead vocals for 1989 hit Sweet Guy. There is footage of Adam Goodes too and, during A Bastard Like Me, of activist Charles Perkins. It’s a lot to absorb.

It’s fun to watch Kelly watch his guests with delighted reverence, especially Miller-Heidke’s astonishing cameo. It’s fun, too, when he invites “anyone who’s left” to sing Christmas (Baby Please Come Home). “Here come the elves!” he says, as they crowd on.

The mood flips again when Kelly closes with the beautiful hymnal, Meet Me In The Middle Of The Air.

Perhaps one flip too many. Each moment hits its mark but so swiftly and skin deep. Like scrolling a social media feed as each frame of joy, sadness, meaning and call-to-action slides on by.