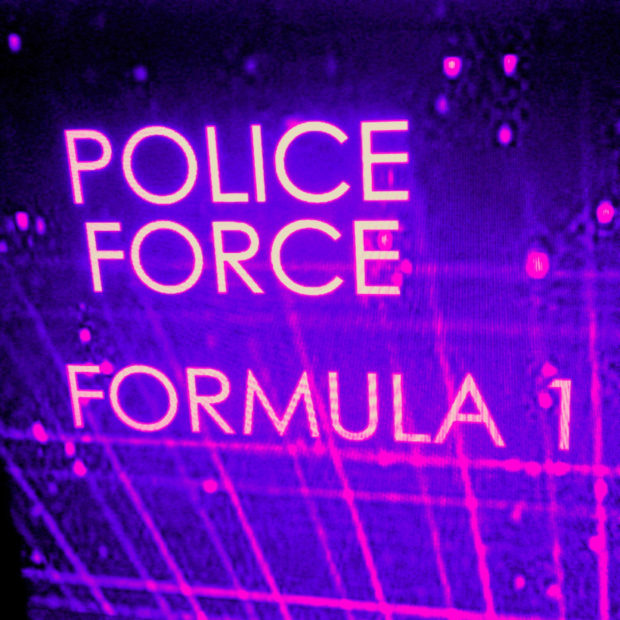 In the video for Freaking Out The Squares, Brisbane band Police Force trash guitars in a carpark. They hurl a laptop from a roof and do ollies over the mess. On their third cassette, Formula 1, they drown their songs in reverb and delay and dunk the vocals beneath the fuzz too. Their label, Tenth Court, has no band bio and on their Facebook page, “huh” is written where the description should be.

Despite their best efforts, Formula 1 is more beautiful than bratty. Arousing, too, with nods to Poison Ivy’s slinking rockabilly and the robot rock riffs of Josh Homme (Sex Scene’s prowl is pretty good, but the getting-back-to-biz pacing ofPeace In The Hood is even better). Ghostly samples bookend songs so the smoke-haze is still thick when the next song revs out of the pit. And with this much delay, it was always going to get proper dubby, like the echoes of last night’s Police Force gig are playing in your confused hung-over head.

There are no showy solos, drum fills or sing-along choruses. The guitarist doesn’t have “chops”. Police Force sure bring the weather, though, and I’d like to see them do that in a small room very soon.